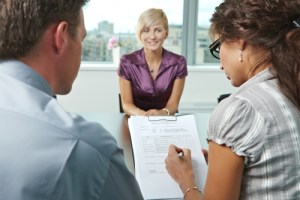 “Would you be able to spend twelve hours in an airport with this person?” our CEO asks each of us as we consider engineering candidates we’ve interviewed for open positions.

I started to interview people during my first week at the startup. It’s been a pretty awesome experience.

When every member of the team, no matter how new or how junior, gets a say in important company decisions, it fosters a sense ownership. I know I’m inspired to do my best work when I feel my opinion matters. Involving everyone and avoiding secret closed-door meetings as much as possible makes for a healthy work environment at a small company.

So far, there are seven of us on the team. Most of our engineers have been contractors who rarely, if ever, come to the office. But now we have a minimum viable product that we are testing with friends and family, and we need more full-time engineers to implement all the improvements we want to make. Hiring the right engineers is key at this point.

I’ve been doing user research with each candidate, so while I can’t test them on their Javascript or Ruby on Rails prowess, I am able to talk with them and make sure they can communicate like normal human beings. That was my bar for engineers. As long as they were on the human side of the human-to-robot spectrum, I’d give them a pass.

One candidate showed up to the interview wearing a wrinkled t-shirt. He was straight out of the engineer stereotype many programmers resent. But I enjoyed his quirky sense of humor, so if the other engineers on the team thought he was smart and could add value, sure, I’d give a thumbs up.

As you can tell, I’m still new at this whole hiring people thing. Soon I’ll feel empowered to give a straight yes or no to a candidate, but so far I’ve been wishy-washy and relatively easy on each candidate. But I am constantly reminded that there’s an endless supply of talented people around, and we only want those who are a perfect fit.

Right now, everyone on the team can communicate easily with one another. We have a nice rapport and are all on the same page. Bringing on someone who has a different mindset could poison the whole vibe of the company, especially at this early stage.

“I’m just not sure what standards I should have for engineers,” I responded when the CEO asked me if I thought a candidate was a good cultural fit for the team. Everyone on the team now is sporty and enjoys the occasional round of drinks at the bar, but I thought surely our nerd quotient would increase as we hired more engineers.

“What about Dan and Josh?” the CEO said, “They’re not nerds.” The engineers on our team are super sociable, athletic, and shower daily — a seemingly rare breed.

“Yeah, I know, they’re awesome,” I said, “but how many engineers like them are out there?” I asked, recalling the “nerd herd” at my previous startup that would roll out to pick up lunch at precisely 12pm and then return to their desks to eat while typing away on their keyboards.

“There are plenty,” said the CEO, “and they will want to come work with us for that reason.”

We’re working in the social sphere so it makes sense that we have high standards for sociability. We don’t need to be a team of social butterflies, but we should all be able to work together, or spend 12 hours at an airport together.

This question of spending time at the airport with someone is just a way to gauge whether a candidate is a good match culturally.

It reminds me a bit of my sorority days back in college where, after rush, we’d sit around and discuss the girls we’d just met in order to decide who we wanted to back. “How far would you drive her?” the rush chair would ask.

But unlike women during rush, engineers ultimately have a leg up in the startup hiring process. They have a highly valued skill and are compensated accordingly. If things don’t work out with one startup, there’s always another one with a different office culture seeking engineers.

I’m grateful to be on the other side of the hiring process now and to never have to go through sorority rush again.

Julia Plevin is a writer and blogger who recently returned to the United States after managing a magazine in Hanoi, Vietnam. She now works at a startup in San Francisco.