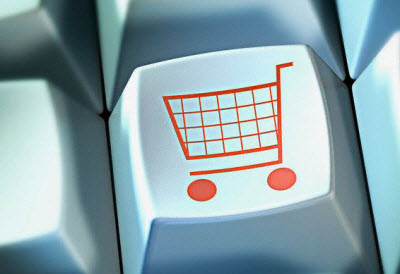 When it comes to made-up online shopping holidays, Cyber Monday is still expected to be the reigning champion this year.

Cyber Monday sales may reach $1.2 billion this year, reports the LA Times, up from over $1 billion last year. 122 million Americans are expected to take part in Cyber Monday deals, and the number of consumers using their smartphones to shop is expected to double, according to a recent survey by BigResearch.

By comparison, Black Friday sales this year were $816 million (up 26 percent from a year ago), according to ComScore.

Not surprisingly, the rise of Cyber Monday seems to follow the rise of e-commerce in general. As ComScore’s Andrew Lipsman points out, Cyber Monday was just the 12th-biggest online shopping day back in 2006, but it steadily rose through the years, reaching the No. 1 spot for the first time last year.

Shop.org first coined the term “Cyber Monday” in 2005 as a marketing term to explain the noticeable rise in online shopping sales the Monday after Thanksgiving. The notion was that consumers were returning to high-speed internet connections at work and following through with purchases they had in mind over the holiday weekend.

Last year, over 12.1 percent of consumers surveyed by BigResearch said they planned to shop at work. This year that number has jumped to 15.9 percent. The company recently found that 76 million Americans will likely shop online during the holiday season.

It’s worth noting just how much mobile shopping has exploded when it comes to Cyber Monday. 3.6 million consumers used their phones to shop for deals in 2009, a number that is expected to triple to 17.8 million this year. That’s double the number of consumers who used their phones on Cyber Monday last year (7.3 million), according to BigResearch.