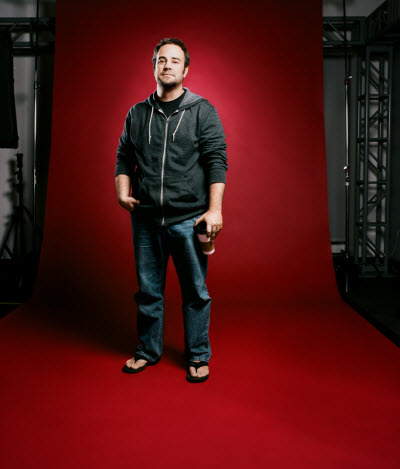 Uncharted 3: Drake’s Deception is one of the best video games of the year. It is the flagship of Sony’s games on the PlayStation 3 this fall and shipped 3.8 million copies on its first day of sales on Nov. 1. We described it as one of the best but also one of the most annoying games yet in the series from Sony’s Naughty Dog studio.

Justin Richmond, game director at Naughty Dog, told us about the big decisions that the company made as it began work on the title two years ago, after the previous title Uncharted 2: Among Thieves title walked away with most of the “game of the year awards.” Once again, Uncharted 3 is going to be a strong contender for top-game status. To stay on top, the company did everything from sending its developers to the desert to experience sand storms to completely rewriting the way the game played compared to Uncharted 2.

We thought it would be good to delve into the thinking behind the game and why it turned out the way it did. Here’s our edited transcript with Richmond (pictured right).

VB: You are game director on Uncharted 3. What exactly does that mean?

JR: Amy Hennig, our creative director, handles most of the writing and the story, and I handle the game design and the actual game plan. I try to work with Amy to make sure that it works as well as possible with the story.

VB: And where in the hierarchy does that put the two of you?

JR: Evan Wells and Christophe Balestra are the co-presidents, and Amy and I report to them.

VB: Can you take me back to when you guys finished Uncharted 2? How did you feel about how that game turned out, and what did you decide to do with Uncharted 3? 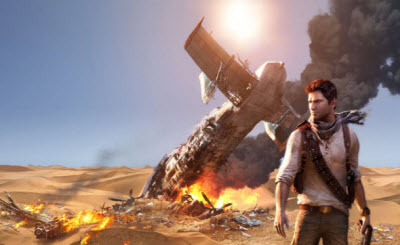 JR: We were obviously all super happy with how Uncharted 2 came out. It was one of the million games where it was the right game at the right time and everybody wanted it. I think we did a great game. At its peak, it came out when the industry really wanted that style of game, and people swept it up. That was awesome. So right away we started talking about where we go from making a “game of the year” to our next game. How do we try to keep up with that? We started looking at how we make a new story that’s interesting and make brand new set pieces and game play that is fresh and keeps you coming back to the game.

So we latched on right away to trying to make a brand new melee system. We wanted to make a game that had even better hand-to-hand combat than we did the game before and then, on top of that, try to make a brand new enemy who is more insidious and gets inside your head and messes with you. That is our Katherine Marlowe character. She is part of the game’s tradition of secret societies in Britain and is Drake’s main nemesis in this game. That was something different for us as well. And then on top of that trying to make sure that our set pieces at our big moment were even bigger than they were last time.

VB: So remind us what the melee system was like for Uncharted 2. What was different?

JR: In Uncharted 2, you basically can only fight one person at a time in hand-to-hand combat. It was all using the square and triangle buttons. In this game, we added a bunch of stuff. You can fight many more guys at the same time. We added other systems, like using the circle button to fight off a hold. We added different combo systems for punching and grabs ducks to make the game play even more interesting. We added a new character, called the Drew, which has a whole different system of hand-to-hand fighting than the regular guys. 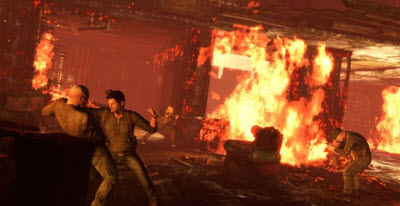 VB: The melees were interesting and had a lot of variety, but I felt like I ran into some of the same fights over and over again.

JR: Other people had the same reaction, and that is certainly something we look at adjusting in the future. But I think the fights were fun. I think one of things we realized afterwards is that it is tricky to make people realize that the big guy is actually a different guy every time. I think what we could have done there is identify him as him being a classic character and using him more like a class rather than as a special set piece.