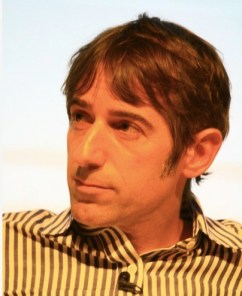 The claws are out for Mark Pincus, chief executive of social game maker Zynga, today. First, the New York Times published a negative story on a potential talent drain at the social game company. Now Glass Door, the career services firm, says that Pincus has a 46 percent approval rating among his employees.

That means 56 percent of the employees surveyed by Glass Door have a negative view of Pincus, whose company is about to hold an initial public offering. On average, CEOs have an approval rating of 62 percent on Glass Door.

On a scale of 1 to 5, employees gave Zynga a rating of 2.6. The average on Glassdoor is 3.1, based on feedback from 150,000 companies. Glass Door didn’t say how many of Zynga’s near 3,000 employees voted in the survey. [Update: After we asked them, Glass Door said that the sample includes only 20 employee responses.] The chart below shows how Zynga rates on various workplace factors.

Glass Door said a Zynga software engineer recently wrote, “If you are under 25, have no kids, love the smell of dog and want to get fat eating all kinds of free food, by all means, apply. It will be the extension of the dorm-living that you will need right after college. Professionals who want to complete an entire design/develop/iterate/deploy/and document cycle will find the going is tough.”

It will be interesting to see what the rating looks like if Zynga does in fact stage its IPO.

“Don’t make people work weekends. Focus on quality instead of quantity of games released. Start using more modern tools when available. Hire more seasoned developers to guide junior devs and only hire devs who have their fundamentals down (seems like a lot of subpar devs slipped through the cracks).” – Zynga Senior Software Engineer (San Francisco, CA)

“Interviews are unorganized. After you get in, there is no personal life, always working till late” – Zynga Artist (San Francisco, CA)

“Best IT team that provisions best of breed software/hardware for you. Living/Working in San Francisco which has one of the finest weather in the country! Restricted Stock Units won’t hurt. Pre-IPO company.” – Zynga Employee (San Francisco, CA)

“You’ll work 8-18 hours per day 5-7 days per week. Company leaders demand creativity of employees after overworking them, and ignores most ideas that don’t follow the same technique/code base that most of their games currently use. Not much of a social life.” – Zynga Software Engineer (location n/a) 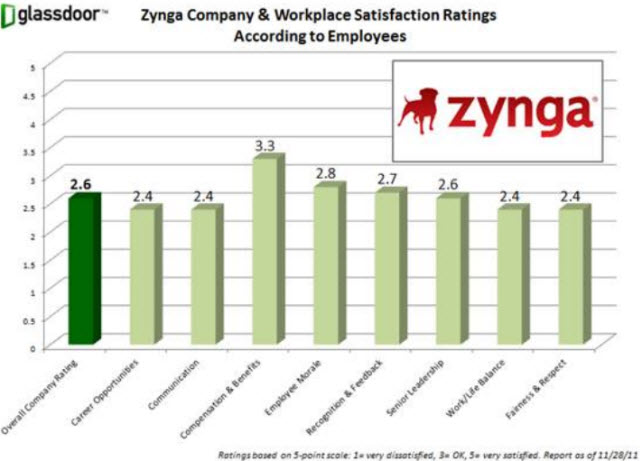