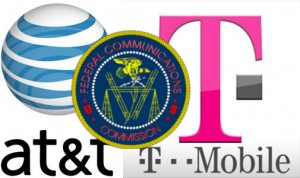 AT&T is hoping that a new deal with Leap Wireless will save its plans of merging with Deutsche Telekom-owned T-Mobile USA.

The deal would see Leap purchasing both T-Mobile’s customer base and most of its wireless spectrum, while AT&T would retain a smaller portion of the spectrum, according to a New York Times report yesterday.

It’s unclear exactly how an AT&T/Leap deal would divide up T-Mobile’s assets, since those details haven’t been released. But VentureBeat as previously reported, AT&T might be willing to divest as much as 40 percent of T-Mobile USA’s asset. It’s thought that a divestiture of this size could change the minds of the Department of Justice and the Federal Communications Commission — both of which have taken issue with the merger.

Leap, which owns and operates the Cricket Wireless brand is primarily in the business of prepaid wireless service. If the AT&T merger does not go through, Leap could purchase T-Mobile’s assets, as it doesn’t look like Deutsche Telekom is interested in continuing its U.S. business. Such a purchase would certainly raise Leap’s national profile, too.

AT&T and Deutsche Telekom first announced plans for AT&T to acquire T-Mobile USA for $39 billion in March 2011. T-Mobile, which is the fourth largest wireless carrier, has struggled to compete against Verizon, AT&T and Sprint. So, selling to a competitor for a large sum is an attractive option, while AT&T is interested in swallowing up T-Mobile to improve its wireless network infrastructure.