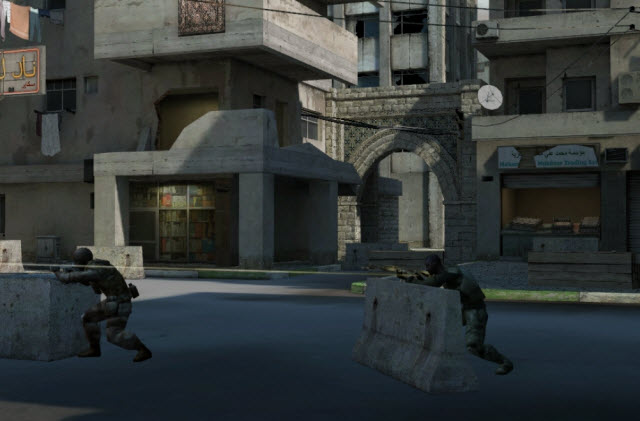 Electronics Arts showed off its new mobile and social games for the holiday season and beyond today at an event in San Francisco. Among the big titles were Battlefield 3 Aftershock for Apple devices, a free version of The Sims for Apple, and a refresh of the classic Tetris game for both Apple and Android. 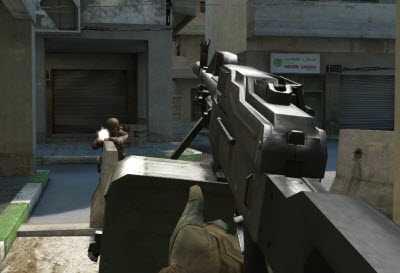 Battlefield 3 Aftershock (pictured above) is an iPhone and iPad game that was still in an early alpha state. The game is a mobile version of EA’s Battlefield 3 console and PC game with its own unique mobile-focused game play. The title follows up on EA’s mobile version of Battlefield Bad Company 2 and it features very good graphics for an iPhone or iPad game. In the game, you’ll be able to play various combat scenes as part of a campaign game. Each battle is set up in an intricately detail arena, like a town square. You can maneuver your character pretty much anywhere in that arena, so you aren’t stuck on “rails,” or moving only in a certain predetermined direction. You job is to clear the arena of wave upon wave of enemies charging at you.

You can change your aim by touch the right side of the screen and moving your target reticle over enemies. Then you can tap an icon on the right side to fire. You can also tap an icon in the lower right side to change weapons. On the left side, you can put your index finger on the screen and see a movement circle on the screen to move your character in different directions or change the facing. So when you’re engaged in combat, both of your hands are moving over the screen. That means you either have to have a stand or lay your tablet on a tablet to get the best results. I tried it out and it wasn’t so easy to maneuver and shoot as fast as you could on a console. In that respect, first-person shooter games on the iPad and iPhone are still a work in progress. It will probably be good if EA allows for screen control customization on this game.

The game has no release date or details on the single-player game or multiplayer combat yet. 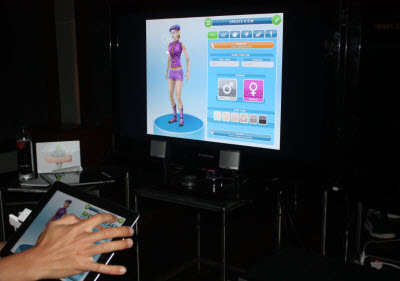 The Sims FreePlay was another big title coming soon for the iPad and the iPhone. In contrast to paid games such as The Sims 3, this game embraces the free-to-play model, where you play for free and pay real money for virtual goods. In this case, you can buy either Simoleans, the currency in the Sims games that you can use to buy furniture or other goods, or Lifestyle points, which can be used to speed up game play and reduce waiting times. As you progress, you can unlock new items. 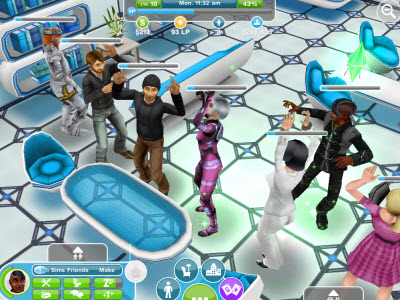 In the game, you can control up to 16 Sims in a virtual 3D neighborhood. You can have cars and pets. You can choose where your Sims live, their careers, and customize how they look. The play progresses in real time and you can earn Lifestyle points or Simoleans by doing tasks like getting three people to attend a party at a house. The game debuts for free on the iPhone and iPad on Dec. 15. An Android version is in the works. The game will be linked to EA’s Origin online game network and feature leaderboards at some point in the future. The game will likely appeal to people who don’t want to pay upfront for other Sims games. 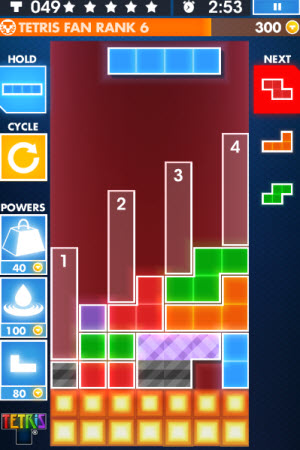 Tetris — Tetris has been out on the iPhone forever. But coming this Wednesday, the old version will disappear and a new one will be available on Thursday on the Apple App Store and the Android Market. Under license from Henk Rogers’ Blue Planet Software, the new game has several play modes.

I liked the easy-to-use One-Touch mode, where you can see three projections at the bottom of the screen where you can instantly guide your blocks to fall. This gets around the touch-based problem where you often guide the blocks down to the wrong spot and in the wrong orientation. With the one-touch mode, the game changes and assumes a faster pace. The block falls where you want it to fall and you can move on quickly to thinking about your next move. If you don’t like any of the six or so options, you can swipe sideways on the screen to get more options.

You can also play in the more traditional way with the Marathon mode. Or you can play in Galaxy mode, where you can earn power-ups to crush through barriers and move up from one level to the next in an endless challenge. The new Tetris Log delivers challenges and tracks lifetime accumulated “cleared lines” across multiple mobile devices. You can be assigned an official Tetris Rank. Overall, it’s a pretty good re-imagined game. 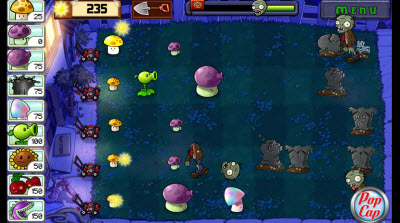 Plants vs Zombies — This game is as addictive as ever, and it’s quite playable on the new Kindle Fire from Amazon. As always, you defend your home from zany plant-eating zombies with 49 different defensive plants against 26 types of slow-moving zombies. The game is frenetic and it looks great on the Kindle Fire’s 7-inch touchscreen. While the Kindle Fire’s screen is smaller than the iPad’s, it is still quite playable. The game is available now. 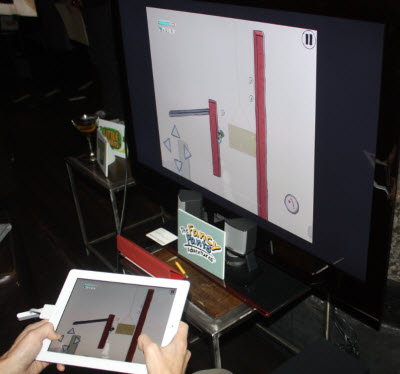 Fancy Pants Adventures — The stick-figure side-scrolling game is a fast-action title that has been a hit on the PC, Xbox Live Arcade and the PlayStation Network. Now it’s coming to iOS (iPhone, iPod touch and iPad) in January, courtesy of EA’s Chillingo division. The title looks good. Although EA displayed it while connected to a big screen, the game doesn’t support Air Play, a feature in the latest iOS version that lets you wirelessly cast the screen of your iPad to your TV screen via an Apple TV connection. One of these days, all of the titles will do that. As you can tell from the picture, the bigger the screen, the better.