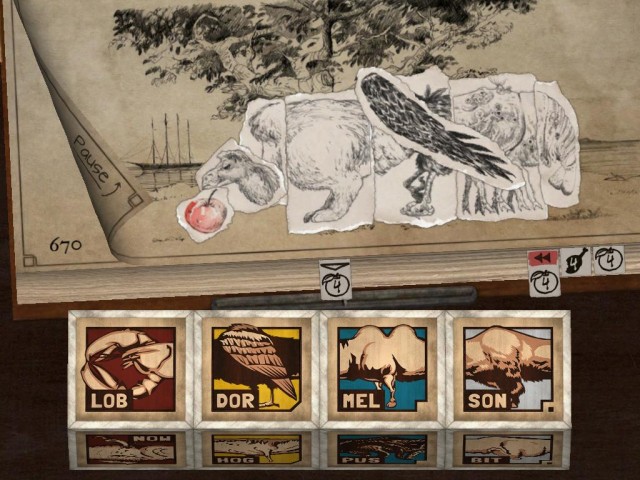 A fun new iPad game is pushing the limits of psychology and gameplay. Gua-Le-Ni, Or: The Horrendous Parade is a beautiful series of memory puzzles that are supposed to give you the jitters.

The object of the game is to match disjointed paper drawings of animals with cubes that have different sections of animals’ bodies on each side, all while the drawn critter marches across the screen. For example, the drawing might have the the head of a tiger, the body of a wartho and the tail of a lobster. You manipulate the cubes below the drawing by pinching and turning them to find the corresponding animal bit. 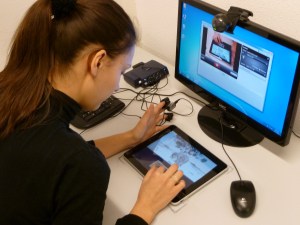 The $4.99 Horrendous Parade draws upon the PhD work of Italian game designer Stefano Gualeni, for whom the game is named. It was developed by game studio Double Jungle at the Academy for Digital Entertainment at NHTV Breda University of Applied Science, where Gualeni is conducting his thesis research.

While creating the game, developers hooked tester players up to monitors that tracked their heart rate and blood flow, and monitored their facial contractions with cameras. This was done in order to better understand player responses, and to build a game that would stimulate them on as many levels as possible.

Rather than being invasive, the team thinks they’re pushing the boundaries of gameplay for the iPad. “Most design is based on this type of feedback loop, [Horrendous Parade] is just more defined,” Gualeni told VentureBeat. The result, the designers hope, is a game that creates the maximum thrill and engagement, by intentionally striking a nerve.

“I think it’s no better or no worse than traditional design philosophy in terms of ethics,” Gualeni said, and his sentiments were elaborated in a press release:

By observing the way stress and anxiety changed in our test subjects together with the changes in the game while designing and tuning it, we were capable — we believe —  [of having] a better, more thorough and more objective insight [into] what it is like to play our game than would ever be possible to achieve with traditional quality assurance procedures. This experimental way to approach game design was never even attempted in the casual sector of the industry, we are very proud of this pioneering effort too. 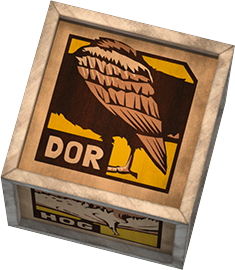 Gualeni also said that the developers for console games such as Left 4 Dead and NBA 2K11 rely upon observing the same types of bodily reaction to create the maximum response and enjoyment in players. Gualeni also cited products like Gmail that carefully track user metrics as a way to constantly improve design and user experience.

“Gmail is one of the most used services in the world, and they heavily rely on user metrics to refine the product,” said Gualeni. “What we do is push it to a more objective and embodied version. Personally I see it as a useful tool. I wouldn’t be surprised if more people start to use it.”

My first impression was that if the intent of the game is to provoke anxiety, it may work too well.

The interface of the game is supposed to evoke images of a leather-bound field journal from an old library. The book is filled with gorgeous illustrations, and flipping the page grants access to the next set of challenges. But as the only mode of controlling the game, the touch controls felt sticky and slow, and it was hard not to get frustrated.

I was flummoxed by the game mechanics at first, too. It took while to get a handle on the pinch and twist gesture that is familiar to any iOS user. After a block was placed, it was easy to accidentally dislodge it. As I went along I quickly realized that part of the trick to doing well is to remember which parts of each animal were on each colored cube, such as the humps of the camel or the snout of a salmon 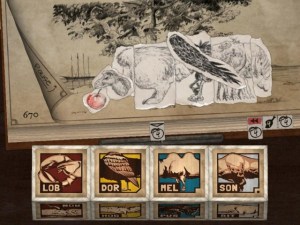 “We only give the player two basic mechanics,” Gualeni said. “There are three hidden, unexplained mechanics.” Rather than spell it out for users at every turn, Gualeni said the game is meant to be an experiment in exploratory game play. “Most casual games treat the users as minors,” said Gualeni. “I hope someone will discover all the secrets and play the game in advanced mode,” said Gualeni, insinuating that game itself is full of secrets.

The initial level of difficulty was higher than expected, and an “ease-in” period would have been nice. Because some of the mechanics were unfamiliar, I thought about bailing before I mastered the techniques.

Even though the game took some getting used to before becoming fun, once I was up to speed, it was definitely worth the investment of time and energy.

It’s still too early to know whether the team behind the Horrendous Parade has a hit on its hands, but the developers have pushed the boundaries of science and game play in a beautiful and highly engaging iPad app that’s unafraid to be misunderstood.  And just like a clomping, camel-headed rabbit-tailed beast with the body of salmon, it may not be love at first site, but you have to respect it.