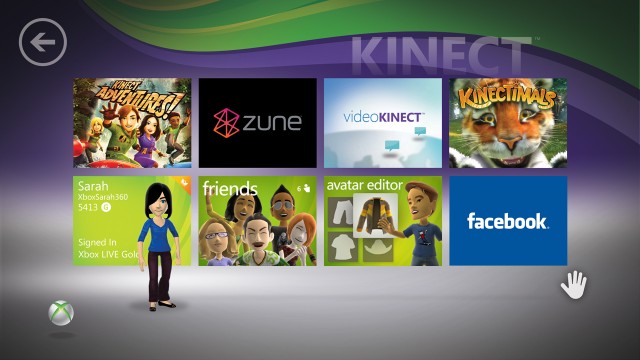 Despite being the fastest selling consumer electronic device of all time , Microsoft’s Kinect gaming device has struggled to make an impact on the Japanese market during its first year on sale. Japanese sales to date have totaled only 114,000 units, according to figures reported by Andriasang. This represents less than a 10 per cent uptake on the device amongst the Japanese Xbox 360 user base.

Kinect’s strongest month in Japan was December 2010, when it sold 43,200 units, but over the past six months, sales have dropped to an average of less than 3,000 per month. Japan remains a strategic market for Microsoft, as it is still one of the largest video game markets in the world. But it’s not surprising, given that Microsoft hardware has always sold poorly in Japan.

Chris Lewis, Microsoft’s vice president of interactive entertainment, spoke to Eurogamer recently about the company’s struggles in the Japanese market, but he remained upbeat about the future of Kinect in Japan, saying “Nintendo, particularly with the Wii, have opened up a market opportunity there. We’ve leapfrogged that handheld technology with Kinect. What we’re seeing is users love using their own body without worrying about how to work a controller. So we see ourselves as, frankly, a company that does bring an awful lot of firsts, and we’ve enjoyed fabulous success with Kinect.”

These disappointing first-year hardware sales figures don’t support this vision of a bright future for Kinect in Japan though, and the first year Kinect software sales figures are equally disappointing. Only Kinect Adventure! sold more than 25,000 units, and that was because it came bundled with the Kinect system. Supposed ‘system sellers’ such as Dance Central and Kinect Animals (Kinectimals in the US) came in with sales of just 8,690 and 5,350 respectively. The highly rated Child of Eden, created by Tetsuya Mizuguchi, the man behind such classic titles as Rez, Space Channel 5 and Sega Rally Championship, didn’t even make the top ten, meaning it sold less than 3,470 units. The top ten Kinect games in Japan over the last twelve months read as follows:

While worldwide sales of the Kinect hardware have been strong, with over 10 million unit sales so far, there are concerns that 8 million of those came within the first two months of release. Tony Key, senior vice president of sales and marketing at Ubisoft, which published Child of Eden, has his own thoughts on this sales trend: “ It’s not healthy to just sell in the holiday, or 90 percent of your units in the holidays. We would really like to see them [Microsoft] have some major launches during the non-holiday part of the year. That will help keep the visibility of the machine high and enable better catalog sales throughout the year.”

In spite of these problems, Kinect seems integral to Microsoft’s ongoing Xbox 360 strategy, with the new Xbox Live Dashboard, which plays heavily on voice and motion controls, launching on December 6. Microsoft are also reportedly planning to release a Kinect 2 device, that will be significantly more powerful than its predecessor, enabling games to lip read, detect when players are angry, and determine in which direction they are facing. According to Eurogamer, this Kinect 2 device will come bundled with all future Xbox consoles , and may bypass the existing USB connectivity in order to help improve performance.