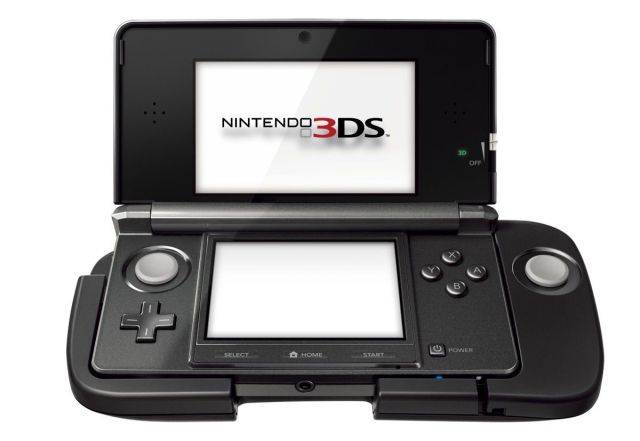 Nintendo has announced that the controversial Circle Pad Pro attachment — which adds an extra thumbpad to the right side of the 3DS’ face buttons — will be coming to Europe along with the January 27 launch of Resident Evil: Revelations.

The game, which will be available for sale by itself and in a bundle with the Circle Pad accessory, doesn’t require a second thumbpad to play. However, the attachment will allow for what Nintendo calls “traditional twin stick shooter” play for the first-person title — allowing for easier, independent control of the player’s viewpoint. Capcom and Nintendo have not revealed European pricing for the game or the attachment.

Since its unveiling in September, many gamers have seen the Circle Pad Pro as a cumbersome, bulky and costly attachment that introduces a control feature that should have been included on the original 3DS hardware in the first place. Others have criticized the attachment for requiring its own AAA battery for power, rather than drawing energy from the 3DS’ rechargeable power supply.

The add-on is set for release in Japan on December 10, where it will come packaged with Capcom’s Monster Hunter Tri G or sold on its own for 1500 yen (about $20). A number of upcoming Japanese games have announced optional support for the Circle Pad, including Konami’s Metal Gear Solid: Snake Eater 3D, Namco Bandai’s Ace Combat 3D: Cross Rumble, Tecmo Koei’s Dynasty Warriors VS and Square Enix’s Kingdom Hearts 3D: Dream Drop Distance.

Nintendo has yet to announce if, or when, the Circle Pad Pro will hit North American shores. Resident Evil Revelations will launch in North America on February 7, though Capcom has confirmed the game won’t be bundled with the Circle Pad in the region. The game itself will be priced at the higher-than-normal price of $50, which is duelarger-than-normal 4GB cartridge memory costs, Capcom said.

Though 3DS sales fell well below initial expectations at launch, the system’s sales nearly tripled after a recent $80 price cut.  Sales have continued to accelerate during November, more than tripling between the weeks of November 6 and November 20 in the U.S.