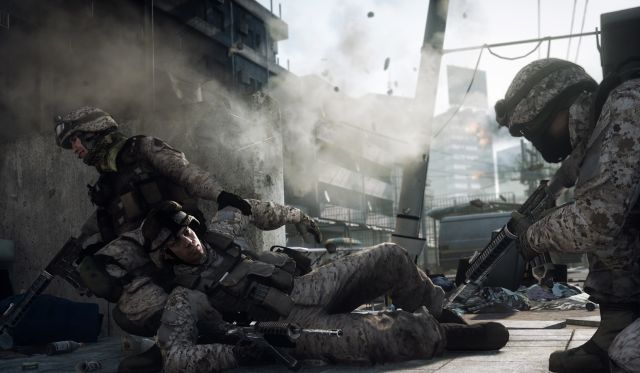 EA CFO Eric Brown mentioned the sales figures during a presentation at the Baird Technology Conference, according to a report from Game Informer. That’s a decent continuing sales pace after the game surged to sales of 5 million copies in its first week on the shelves —  a mark EA said made it the fastest-selling game in the company’s long publishing history.

Of course, Battlefield 3‘s launch day numbers were hampered by some serious server problems, which have since been fixed for the most part. Those initial problems don’t seem to have seriously slowed down the game’s sales potential.

Last month, Wedbush Morgan analyst Michael Pachter predicted Battlefield 3 would sell 8 million copies in the entirety of 2011. The current sales figure puts the game an entire holiday month ahead of those expectations. The analyst also predicted that Modern Warfare 3 would end up selling two times as much as Battlefield 3 this holiday season, and that sales of the two games alone would make up a startling 15 percent of new retail game sales for the entire year.

The DICE -developed Battlefield series has sold over 50 million units since its 2002 debut, Battlefield 1942.