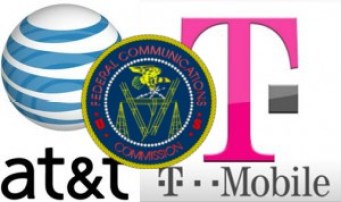 The Federal Communications Commission last night released a damning 157-page report (PDF) against AT&T’s proposed $39 billion T-Mobile takeover, which concludes that the merger would ultimately hurt US consumers and the wireless market.

AT&T, not surprisingly, is none too pleased. The company objected to the release of the report, calling it merely a “draft” that doesn’t have any legal standing, reports Politico. AT&T also took issue with the fact that it didn’t get to see the report before the FCC released it to the public.

Last week, AT&T and T-Mobile parent company Deutsche Telekom withdrew their FCC application for the merger, a move that was expected to allow the companies to focus on getting the deal approved by the US Department of Justice. It’s possible that the companies also heard murmurs of this massive FCC report and hoped that if they dismissed their application the FCC wouldn’t release it to the public.

In August, the US Department of Justice sued to block the merger, a move that was supported by FCC chairman Julius Genachowski. It was at that point that AT&T likely realized its hopes were dashed for a smooth acquisition.

The FCC report takes issue with pretty much all of the benefits AT&T has claimed the merger would deliver. For example, the report found that the merger would cause significant job losses, even though AT&T said that it would create jobs. AT&T also claimed that it wouldn’t be able to build out its 4G LTE network without the acquisition, but the FCC found that the company would have had no issue achieving nationwide LTE coverage on its own.

So where does this leave AT&T and Deutsche Telekom? The companies have said they will continue to pursue the merger, but it’s clearly going to be a tougher nut to crack now. AT&T is reportedly considering a deal with Leap Wireless to offload some of T-Mobile’s customers and spectrum, which could make the merger less anti-competitive in the eyes of the government.