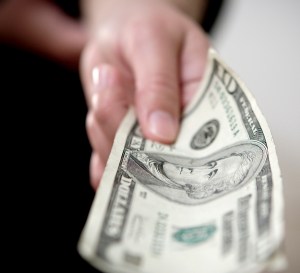 eBay is trying to prevent a new law from being passed that would require sales tax for online purchases.

Currently, online shoppers only pay sales tax on items purchased from a seller in the same state.

But a new proposed law, the Marketplace Equity Act of 2011 (or the Marketplace Fairness Act in the Senate), would allow states to collect sales tax from any buyer “without regard to the location of the seller.”

The tax would be waived for “small sellers,” which the bill defines as sellers with revenues less than $1 million annually.

The act has bipartisan support and is currently sponsored by 15 members of the House of Representatives.

“The nation’s retailers — both big and small — deserve to compete on a level playing field, and our bill provides the framework by which states can have the authority to compel remote sellers on the Internet to remit taxes due on purchases made online,” said Rep. Steve Womack (R-AR) in a statement.

“The exemption for small E-tailers will ensure that online start ups and small sellers will not face the same compliance requirements that are easily adopted by large online retailers.”

Overstock will join eBay tomorrow at a congressional committee hearing to oppose the act. Amazon.com, however, supports the act.

eBay general counsel Todd Cohen told Cnet the company would support a sales tax bill with a much broader exception for small sellers. He also gave data that showed a year-over-year decline in small online retail businesses (those with less than $10 million in annual revenue) even as entities such as Amazon.com and established real-world retailers with an online presence grew. 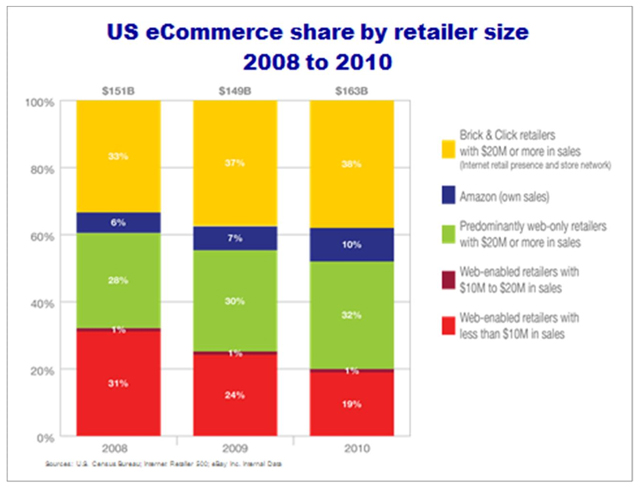 The act is also supported by Sears Holdings, which includes Sears, Kmart and Lands End. A spokesperson for Sears stated, “This bill will level the sales tax collection playing field for all retailers… Although many customers don’t realize it, under current law, they have an obligation to pay taxes on all purchases. Most retailers calculate and collect the tax at the point of sale, as required by law. However, online-only merchants currently do not have to collect the tax broadly, leaving the customer with the responsibility of saving receipts and filing and paying use taxes for those purchases on their state income tax returns. This bill closes a loophole that has given a significant and unfair competitive advantage to a handful of online-only retailers, while hurting those that create jobs and invest in local communities.”