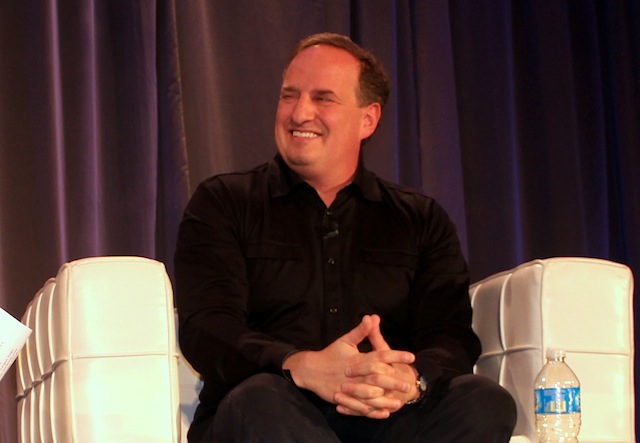 Social gaming company Zynga has learned a lot in the last few years, and its embrace of gaming built on top of the cloud has drawn attention from cloud experts.

At the CloudBeat 2011 conference, Allan Leinwand (pictured), CTO for infrastructure engineering at Zynga, talked with Lead GameBeat writer Dean Takahashi about the lessons Zynga has learned with cloud gaming.

Leinwand looked back at the company’s history and highlighted challenges it has seen working with the cloud. When Zynga was founded in 2007, the company used Amazon Web Services to host its popular social games. But later, it decided a combo private and public cloud was a better fit.

“As we were scaling up, we thought Amazon had a great environment,” Leinwand said. “But as we scaled up with other games, we realized we were spending more than we wanted. We decided to build out our own private cloud, called Z-Cloud, to have our own computing and storage. And then we tied that to Amazon to make it more flexible with a hybrid.”

Zynga’s biggest lessons for the cloud came early. The company’s first big hit was Farmville, which attracted tens of millions of users. After that, the company continued to launch other big hits while embracing the hybrid cloud model.

“We learned from Farmville, Café World and Zynga Poker,” Leinwand said. “Those learnings were beneficial to us. We wrote provisioning tools. Systems that took us days to set up instead took minutes. We learned to scale and change alerts. We took the learnings of the past and leveraged that into a much more dynamic and flexible and automated system.”

Leinwand said game launches, especially, have been better since the introduction of the hybrid private-public cloud.

“Since we built out the hybrid model, we like to think game launches have been very smooth,” Leinwand said.

In regards to how flexible the hybrid cloud is, Leinwand likened having the private cloud to having different options of cars to meet your needs. Where the public cloud is always a four-door sedan, having a private cloud for your apps allow you much more flexibility.

“Maybe one day you want a sports car, maybe another you want a Winnebago,” Leinwand said. “A four-door sedan is what you’re getting with the public cloud. Once we knew our app, we knew we needed to be flexible. We made Z-Cloud better for our games. Amazon is making a great platform, but we wanted a sports car for some applications and an 18-wheeler for certain applications. We needed to customize the cloud to meet the needs of our players.”