Rumble Entertainment, a new mobile and browser-based game developer and publisher, announced today that it has raised $15 million in a first round of funding led by Google Ventures and Khosla Ventures.

The large amount of funding shows that the mobile game market is still a hot frontier in games that venture investors still believe in, despite the fact that it has been hot all year. The team at Rumble includes game industry veterans from Electronic Arts and Activision Blizzard, and we’re not talking about a group of game testers, either. Rumble’s CEO is Greg Richardson (pictured), the former CEO of BioWare/Pandemic, which was purchased by Electronic Arts in 2007 for $860 million. 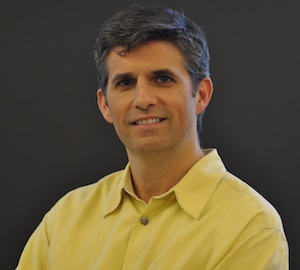 While the all-star pedigree of Rumble’s core executive team is impressive, assembling a star-studded cast isn’t uncommon in the crowded mobile and browser-based gaming world. What will set Rumble apart from the competition is its overarching approach to game development, the company said.

Rather than churn out city and farm simulators that bring in droves of gamers for a month or so before the heard moves on, Rumble is instead combining the addictive and accessible social elements of free-to-play games with a console-style experience with big production values and strong user engagement.

Richardson said in an interview, “The future of video games points not at the casual audience, but rather people who know they love video games.” The vision of Rumble is to “successfully marry what makes console and PC games wonderful in terms of engagement and immersion with the lifestyle of not always being in front of a big-screen television.”

When people think of console-like experiences on mobile, their thoughts almost always turn to Infinity Blade, as well as the newly released Infinity Blade II. Regarding that game from Epic Games, Richardson said, “It’s an inspiring indication of where the market could go.” “But I think they’ve just barely scratched the surface in terms of potential and in terms of game design.”

He added, “The thing that they did that’s close to the old world way of thinking is that they’re still charging for the download. They’re not embracing the notion that users, I think, want to play games if they fall in love with them. And if they do, have the monetization driven in a way that feels indicative of the kind of value they’re getting. Not that they have to pay up front or that they’re feeling manipulated by the game to invite a hundred friends or, you know, just having some silly energy bar being bolted onto the game.”

But Rumble Entertainment isn’t just about creating its own mobile and browser-based titles. Instead, they’re also offering a publishing platform for other world-class developers to utilize. While the team isn’t ready to talk about their own games, or what games they’re looking to publish, Richardson did say that they’re talking to several developers who have a great idea for a game and could need everything from capital investment to a functional analytics package to customer relationship management. Richardson said, “It’s all about finding the very best developers in the world and letting them do what they do best, which is letting them make great games.”

Richardson wasn’t ready to dive into specifics about either of the two Rumble games currently in development, but he did say that the debut title would ship in the first quarter of 2012. He also said that the company’s games would not launch on just one device or channel, meaning that their first title will likely hit both Facebook and a mobile marketplace simultaneously. We’ll have more on Rumble Entertainment as it develops in the coming months.