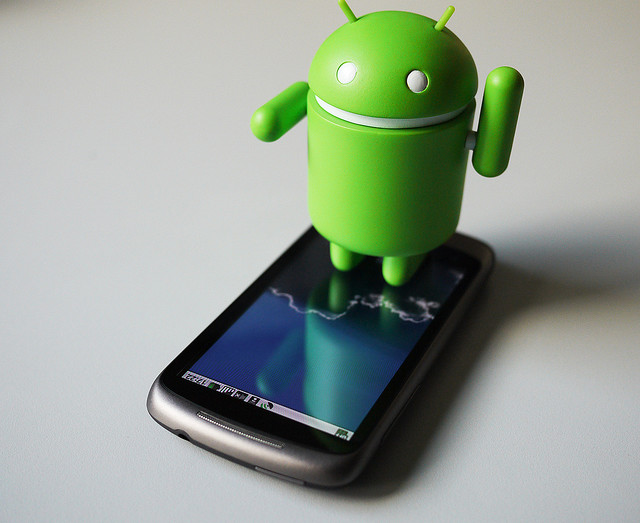 Google’s Android operating system is kicking ass and taking names in the mobile software market, and Apple’s iPhone is on the rise in the hardware category, according to newly released data from comScore.

One in ten mobile subscribers are iPhone owners (10.8 percent), according to comScore which surveyed 30,000 U.S. mobile subscribers. The iPhone nabbed more than a percent share of the phone manufacturers market form July to October, but still trails Samsung (25.5 percent), LG (20.6 percent) and Motorola (23.6 percent) when it comes to mobile handsets.

Google has no skin in the hardware game, but no matter. Android once again ranked number one in the smartphone platform market share category, and now commands almost half — 46.3 percent to be exact — of the entire market. Apple’s iOS is a distant second with 28.1 percent share, up 1 percent from July. RIM, meanwhile, continues to slide backward; it dropped from 21.7 to 17.2 percent share between July and October. And Windows Phone, which fell from 5.7 to 5.4 percent of the OS market, is not exactly a hit just yet.

Also, according to comScore, a larger percentage of mobile subscribers are texting (71.8 percent), using the browser (44 percent), downloading apps (43.6 percent) and accessing social networking sites (32.3 percent) on their devices.