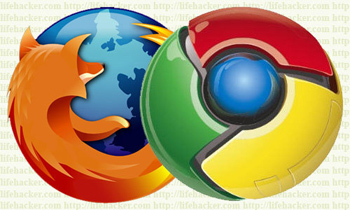 Don’t start sniggering into your sleeves over your puerile “number two” jokes, but Chrome is now the second most popular Web browser in the world.

According to data from StatCounter, as of November, Chrome claims a 25.7 percent share of the global browser market, while Firefox has a 25.2 percent share.

Chrome has grown massively since its launch in December 2008. In its first full year as a stable, public product, Chrome earned 4.7 of the global market. At the same time (November 2009), Firefox sat at a 32.2 percent share.

Earlier this year, Google revealed Chrome’s user base sat at around 160 million users — a number that had more than doubled year over year — and continued to grow rapidly.

However, one of the bigger shifts in the so-called browser wars has been Internet Explorer’s slide from a position of unquestionable dominance to one of possible vulnerability. While IE has seen impressive improvements over the past year in particular, Microsoft’s once ubiquitous browser now grabs just 40 percent of the global market as of November 2011. Two years ago, IE claimed 56.6 percent.

Still, Internet Explorer is by far the top dog in this contest.

Chrome has been on track to supplant Firefox since at least this past September. At that time, Chrome’s global share was 23.6 percent, while Firefox accounted for 26.8 percent and Internet Explorer nabbed 41.7 percent.

However, other reports from rival web-stats companies, such as Net Applications, tend to show larger disparities between Chrome and Firefox and still currently show Firefox as the number two browser. Still, the important news to take away from this isn’t the specific numbers, but the trend: If Chrome maintains its breakneck pace of growth, it will surpass Firefox in users by anyone’s counting within a few months.

The more interesting question is whether Chrome will ever pass Internet Explorer itself.