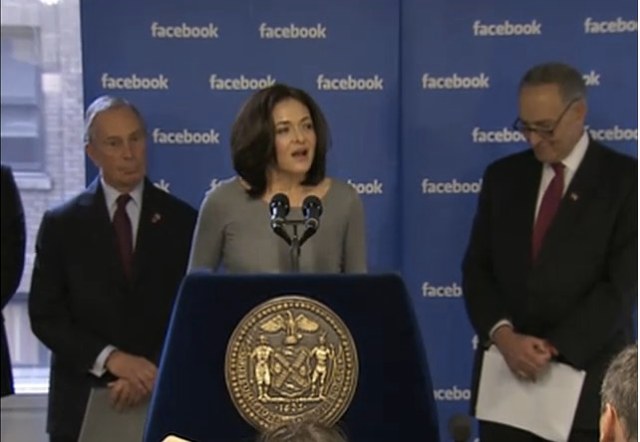 “For us, this isn’t a satellite office,” Mike Schroepfer, Facebook’s vice president of engineering, said. The office will be core to Facebook’s engineering stack, he added.

The new office is part of a calculated effort by the social network to expand its presence in New York and recruit top engineering talent outside of Silicon Valley. Facebook currently employs engineers only in its Palo Alto, California office and a small Seattle office it opened last year. It is also planning to build an office in Menlo Park, California, as part of its planned expansion to 9,000 employees. The company currently employs about 2,000 people, mostly in Palo Alto.

Facebook first kicked off its aggressive New York City takeover when it leased two floors at 335 Madison Avenue one year ago. Facebook already has 100 employees working out of that office, and will hire as much talent as required but it does not have specific goals in mind, Sandberg said.

“We’re going to grow as quickly as we can in New York,” Sandberg said. “We’ve had a great presence in New York for a long time. New York has been a really important home for us.”