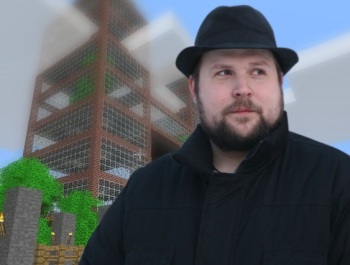 The man behind indie PC mega-hit Minecraft, Markus “Notch” Persson, will no longer lead development on the game as he continues to guide indie developer Mojang on other projects.

Persson announced on his personal blog that he’s handed control of Minecraft‘s continuing development to Jens Bergensten, with whom he’s been working on the game for the last year. With less responsibility for Minecraft‘s design decisions, Persson writes he’ll take a much needed opportunity to rest and work on an undisclosed new project.

Minecraft wasn’t officially released until November 18th, but in-development versions of the game have been on sale since May of 2009. In that time, the blocky 3D exploration, building and survival game has sold over 4 million units, generating an estimated $50 million in revenue and becoming one of the most wildly successful independent PC games ever released.

The success of Minecraft has led Persson’s Stockholm-based game development company, Mojang, to expand from just himself to a staff of 13 employees. The company is currently developing collectible-card-game-meets-board-game Scrolls, but is embroiled in a legal controversy over that game’s naming similarities to Bethesda Softworks’ Elder Scrolls series.

Mojang has also organized Minecraft fans into an annual Minecon gathering, the latest of which drew 4,5000 attendees who paid $99 to watch speeches, participate in contests and classes, and view the game’s official live launch from Las Vegas’ Mandalay Bay casino.