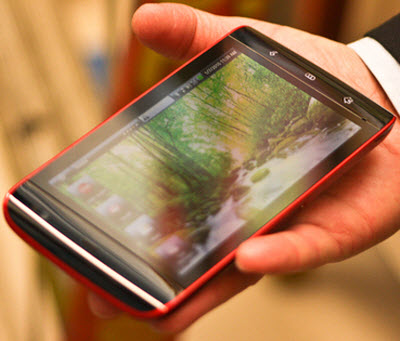 If you’re curious how difficult it is to make a successful Android tablet, ask Dell. The company today announced it is killing off its Streak 7 Android tablet in the U.S., while claiming it will still sell the product through retail partnerships abroad. The 7-inch tablet will no longer be available online at Dell.com, as you can see from the screenshot below.

“Mobility products typically have shorter lifecycles than laptops and desktops,” a representative for Dell told VentureBeat. “We’re looking forward to offering new products and concentrating on expanding our growing mobility solutions portfolio in the future.”

In August the company snuffed its 5-inch 3G tablet model, the Streak 5, because of poor sales. Dell will continue offering the Streak 7 in China and elsewhere, the representative said.

Just how long the Streak tablet line will be available remains an open question. Dell is banking on China as a potentially hot market for its tablets and other mobile devices. In September, the company partnered with Baidu, China’s largest search engine, to make Android handsets and tablets for the world’s fastest-growing mobile market. With this deal, Dell hopes to challenge current market leader Lenovo as well as a surging Apple, whose products are so popular in China they inspire fake Apple Stores.

Android devices are booming in popularity, but it has been notoriously difficult to make an Android tablet a hit. By July 2011, sales of Android tablets had reached the 1 million mark, according to ZDNet, while more than 135 million Android handsets had been activated. Apple has sold more than 40 million iPads since it was released in 2010.

According to Electronista, Dell may be making the switch to creating tablets powered with the Windows Phone 8 operating system, which may make it competitive against Android. Unfortunately, those tablets would not be available until 2012, essentially keeping Dell out of the tablet market until then. The representative for Dell did not comment specifically about any plans to use the Windows mobile operating system, but told VentureBeat its strategy is not tied to any one OS, and in the future it plans to partner with “companies that reinforce and support our vision.”