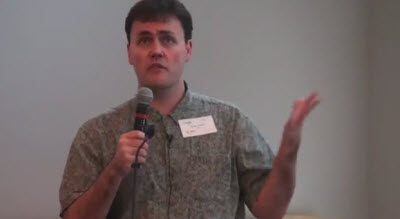 When Jesse Schell talks, the game industry listens. A talk he gave at the Dice Summit in 2010 garnered hundreds of thousands of views as he talked about the logical extension of spreading game rewards beyond games. This year, the professor of entertainment technology at Carnegie Mellon University has elaborated on that vision in talks on a topic he calls The Pleasure Revolution.

At the end of last month, Schell also gave a Google TechTalk entitled The Pleasure Revolution: Why Games Will Lead The Way. It centered on the idea that if we want to understand how to get people to engage more with our ideas, games, and products, we need to look at what games do very well: motivate us to play them. Pleasure is key to design in the 21st century. Everyone should listen to the talks because Schell is one of the game industry’s deep thinkers who is pondering where gaming is going.

This is the question Schell ended with at his Dice Summit talk in February 2010. He’s spent the last year and a half thinking about the discussion generated it, and recently delivered a Google TechTalk about what comes next. Schell is the author of “The Art of Game Design,” and the CEO of Schell Games. He also worked at Disney’s Imagineering Workshop on virtual reality games. Schell also runs Schell Games, which has 65 game developers.

Schell’s central thesis is that the predicted “games in everything” misses the point. In fact, he says, just adding more badges and rewards will have the opposite effect. He argues that content producers, from advertisers to game makers, need to understand that adding more of the outward mechanics of games will not produce the same motivations that games themselves seem to have. It’s not about the achievement points, but the things that motivate people to play games.

To explain what these things are, Schell uses Self Determination Theory, which states that people are motivated by three distinct psychological needs: the need for competence, the need for autonomy, and the need for relatedness. Games are very good, he says, at meeting these needs. Games are good at helping people succeed, as all games have an actual solution or completion point. They’re designed that way. A game, as opposed to work, can be stopped at any time, a strong component of autonomy and freedom. They’re also mostly designed to be played with other people; in the grand history of games, most are multi-player. Think checkers, chess, pong, and the like. 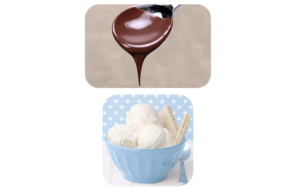 Much of the reasoning behind gamification rests on the idea that rewarding people will make them want more of what they’re being rewarded for. Not so, says Schell, referencing Alfi Kohn’s book, “Punished by Rewards.” In essence, people who are rewarded with extrinsic things like money or other tangible “bribes” are less likely to engage in the desired behavior when the reward is taken away. It’s as if our inner selves get the message that, “this thing isn’t worth doing unless this other reward system is in place.” It seems counterintuitive, but it’s been seen in study after study.

So, he says, if companies who make things want to increase people’s use of these things, the trick isn’t to add more points and bonuses and badges for the sake of adding them, but to find the context of the psychological needs that can be met. A rewards system like an airline mileage program meets the need of business travelers to feel important, competent and relate to others by feeling more valued by the airline. Bringing the same system to a shopping experience like Toys R Us, he says, would be counter productive; calling attention to the large amounts of money customers spend at a toy store would possibly keep them away from the store. However, a grocery rewards program that allows customers to save ten cents a gallon of gas perfectly matches the “save a penny, stick it to the seller” psychological state when grocery shopping.

Ultimately, what Schell sees as the motivating force in games, one that can be applied to all sorts of other “people” systems like commerce, education and games, is that of pleasure. He calls it a Pleasure Revolution, comparing it with a societal shift on the scale of the Industrial Revolution, when society moved from a survival economy to an efficiency economy. Shell argues that we are in the midst of a shift to a pleasure economy, in which the things we do must increasingly be either pleasurable to us, or help us avoid negative consequences. In other words, we are more and more engaged in activities in our real lives in which we try to maximize the “want to” activities and minimize the “have to” activities.

Games, says Schell, do this really well. They’re actually designed purely for pleasure. It’s no wonder everyone from governments to airlines and schools are looking to gamify their activities. The problem is the way it’s being done. Schell says that instead of gamification, we should focus on the motivational design of the experience itself. He suggests that these very same companies, governments, and schools focus on what their guests (or customers or students) will like about the given experience, based on the context of the experience, and try to find ways to increase their pleasure. In other words, how do experience designers get their target audience to like what they offer even more?

Google TechTalks are a series of talks “designed to disseminate a wide spectrum of views on topics including current affairs, science, medicine, engineering, business, humanities, law, entertainment and the arts.”