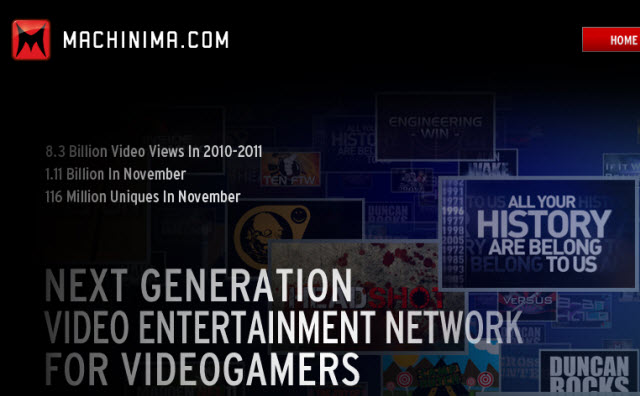 Machinima, the biggest site for game-related videos, said today it has hit more than 1 billion monthly video views for the month of November. 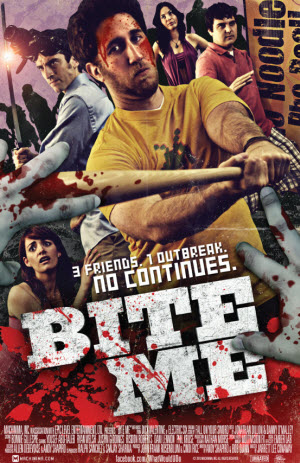 The milestone shows just how huge game-related videos have become, as gamers tune into everything from talk shows to “machinima,” or animated videos created by filming the actions of video game characters on screens. Gamers also use Machinima.com to create original shows and show off their exploits in popular games such as Call of Duty Modern Warfare 3. By comparison, Machinima served more than 2 billion video views in all of 2010.

Los Angeles-based Machinima has become one of the biggest internet video sites as a result of the growth of machinima, particularly among young males. The videos focus on gaming news, culture, events and trailers, and other community-oriented programming. The long-form narrative content includes episodic series such as the horror-comedy show Bite Me, the sci-fi RCVR, and the Warner Bros.-produced Mortal Kombat Legacy. The latter generated more than 50 million video views.

“As we expand our base of core gaming-oriented programming, by producing and distributing more long-form, premium content, our global audience of millions of highly engaged young males continues to grow and spends more time watching Machinima,” said Allen DeBevoise, chairman and chief executive of Machinima.  “Our reaching one billion monthly video views is a watershed event in the growth of online video.  This scale, coupled with our deep audience engagement, has shown that we’re leading a third wave of video programming brands that are emerging online.”

Viewers spent over 65 minutes per month on Machinima, making it one of the top ten channels on YouTube. Young men ages 18 to 24 average over 20 video views per month. The company is backed by MK Capital and Redpoint Ventures.

The Mortal Kombat: Legacy video below has had more than 15.6 million views.