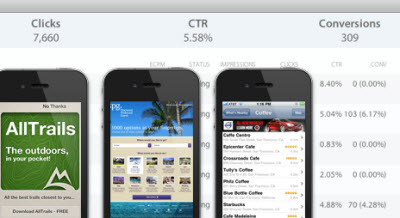 MoPub, a mobile ad startup founded by former AdMob and Google employees, has new product updates today that will help it become a one-stop shop for mobile game ad serving.

MoPub makes an ad server that feeds ads to games such as those made with the popular video game tool Unity 3D. MoPub can handle direct-sold ads, ad network mediation, and real-time bidding. Ngmoco, which was acquired by DeNA last year, will use MoPub to power all the direct-sold brand campaigns and real-time bidding campaigns for the Mobage mobile social game network.

That means MoPub will be able to generate more revenue for Ngmoco by selling ad spots directly to advertisers. United Kingdom-based Neon Play has also joined MoPub’s list of publisher partners. Others include Animoca, Miniclip, Fluik, and Com2Us.

With MoPub, publishers can receive ads directly from brands and from multiple ad networks and can engage in a real-time bidding exchange.

The company said today it is supporting standards for rich media established by the Interactive Advertising Bureau. The company has also signed a long-term partnership with Ngmoco to power ads for DeNA and Ngmoco’s Mobage mobile games network.

San Francisco-based MoPub recently opened its MoPub Marketplace, a real-time bidding “trading floor” for mobile ads. The interface gives game publishers a transparent market price for their ad inventory while allowing them to retain full control over the inventory. Jim Payne, chief executive of MoPub, said the purpose of the real-time market was to create an efficient and liquid exchange of high-quality mobile ad inventory and top-tier advertisers.

MoPub has adopted ORMMA and MRAID industry standards that will let publishers leverage advanced rich media ads via the MoPub platform. Rivals include AdMob and Apple’s iAd. Those networks work solely with advertisers and ad agencies and are paid by them. MoPub is paid by the publishers based on the volume of ads served through the MoPub platform and offers a revenue share with Marketplace participants. MoPub also provides control and transparency to publishers — meaning it lets publishers set price minimums and priorities across different campaigns.

MoPub Marketplace also lets publishers actually earn revenue in addition to their ad networks, while providing them with capabilities to block bad ads, and visibility into how much revenue they’re getting. By contrast, ad networks can be opaque.

MoPub received $6.5 million in a first round of funding from Accel Partners in July. Harrison Metal Capital was a co-investor. Both also contributed seed funding in December 2010.