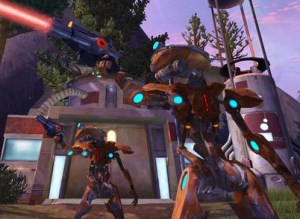 Sci-fi and space massively multiplayer online games (MMOs) are played by an estimated 14 million people in the U.S., according to Newzoo’s 2011 MMO Report, but a full 68 percent say they only play free-to-play MMOs, with half of the remainder saying they play some mix of free and subscription-based games.

Newzoo’s report comes as more and more MMOs transition to a free-to-play model as a way to attract players, who may eventually pay much more for in-game items. Warner Bros.’ DC Universe Online saw its revenues increase 700 percent following a recent move to a free model, and even venerable subscription-based MMO World of Warcraft recently expanded its free trial to allow unlimited free play up through level 20. Last month, Newzoo estimated total U.S. spending on all free-to-play titles has increased 24 percent in 2011.

EA is bucking this trend by charging upwards of  $13 per month for access to The Old Republic, which is currently in beta and launches fully on December 20 . EA CEO John Riccitiello said in September that the game would need about half a million subscribers to break even, and the company says the beta test has currently attracted over 2 million players.

While Newzoo CEO Peter Warman said he didn’t want to use the MMO data to make any predictions about the fate of The Old Republic, he did say he was “very curious to see how [many free-to-play] sci-fi gamers EA will be able to convert to [paid subscription] gamers.” EA could also find success by converting subscribers from successful fantasy-themed MMOs, such as World of Warcraft and Rift, Warman said. 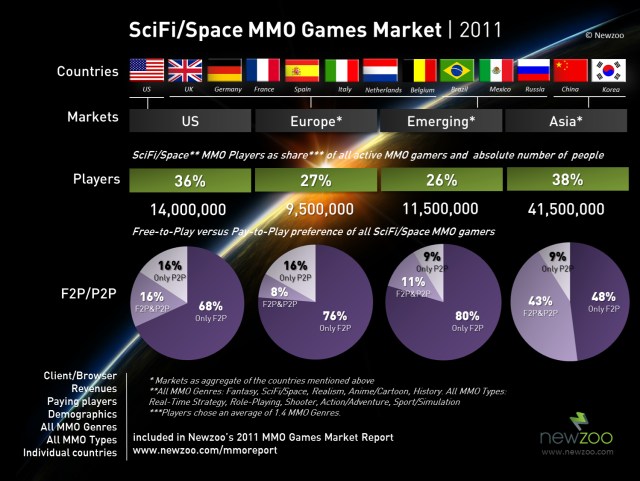