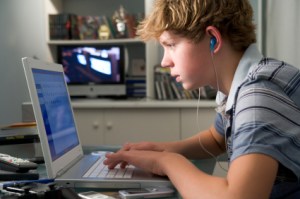 A recent study shows that teens are much more interested in engineering when they’re simply exposed to it.

Engineers do cool stuff. They build cities, save lives, create music and design computer systems. Plus, they make a ton of money, relatively speaking.

All these things are the stuff teen dreams are made of, and just hearing about them can help turn young students — including teenage girls — on to engineering as a college major and career option.

In an Intel-commissioned study of 1,000 teenagers, researchers found that around 63 percent of teens ages 13 to 18 had never considered a career in engineering.

But after hearing how much money engineers make ($75,000 annually, on average), around 60 percent of the subjects said they were more likely to consider engineering as a career. Learning that engineers suffer less during periods of high unemployment also went over well, persuading more than 50 percent of the teens in the study to look at engineering careers.

The majority of the teens in the study said they were also more interested in engineering “by understanding what engineers do, such as playing a role in rescuing the Chilean miners who were trapped in 2010, delivering clean water to poor communities in Africa, designing the protective pads worn by athletes and constructing dams and levees that keep entire cities safe,” the study’s findings read.

That’s really the most important take-away from the study: Teens become more interested in engineering simply by knowing what engineers do and what opportunities exist for engineers.

Currently, around one-third of teens can’t name any potential job opportunities in engineering fields. Roughly 13 percent don’t think that an engineering degree would be more likely to lead to a great job than any other major. And a full 20 percent of these teens have no concept of just how much engineering shapes the world around us.

Engineering, however, is a multifaceted field with many areas of specialization. And teens are apparently intrigued by those different areas.

The teens also showed some interest in how engineers can achieve widespread social benefit. Around 52 percent of them said they would think twice about the career after learning about how engineers helped to rescue trapped Chilean miners or create clean water for folks in underdeveloped areas.

What about the girls?

Since there’s a markedly lower number of women choosing engineering education and careers, we asked Intel’s researchers about the specifics between teen boys’ and teen girls’ motivations.

“There was a difference in interest between male and female students,” a representative told VentureBeat.

However, while money-focused stats left the young ladies cold, they were motivated by how much social benefit engineers can create.

“As other studies have indicated, messages that emphasized the emotional appeal of engineering — for example, that engineers play a role in delivering clean water to communities in Africa — were most effective in getting girls to change their minds about the field,” the spokesperson continued.