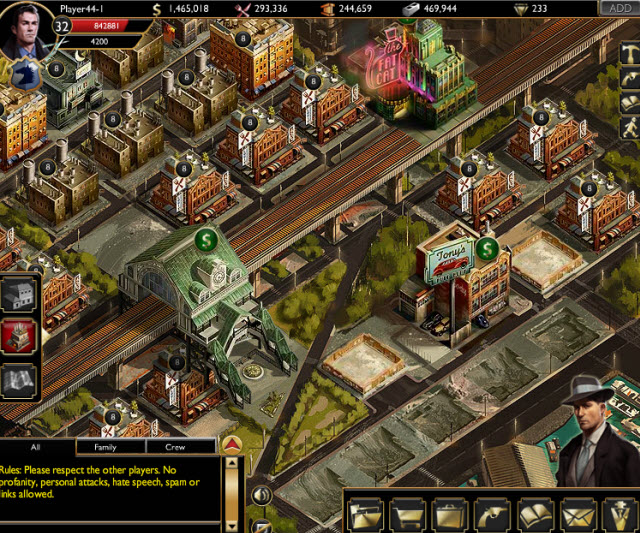 In a jab at Facebook in social games, Google and Kabam are announcing that The Godfather: Five Families will be exclusively available on the Google+ social network for 45 days. 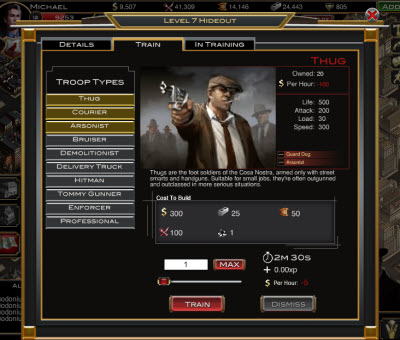 The Godfather title is a major game for both Kabam, which makes hardcore social games mostly for Facebook, and for Google, which needs to get exclusive titles to attract gamers to the fledgling game section on its social network. Google is well aware that games are the No. 1 application on Facebook, and it needs to build some high-traffic apps in order to mount a credible challenge to Facebook, which has many times more users at the moment.

The Godfather: Five Families is also Kabam’s first major licensed game. It gives Kabam more credibility as a major game maker and a chance to set itself apart with a major movie franchise in a crowded social gaming field. Kabam’s games are aimed at hardcore social gamers who play six or seven days a week for hours at a time. The launch is an important one for Kabam, since the Redwood City, Calif.-based company has lost millions of players in recent months. Dragons of Atlantis is the company’s biggest game, with 1.1 million monthly active users, according to AppData. Overall, Kabam has 2.7 million users, compared to 12.9 million in August.

More recent games, such as Edgeworld (available on Google+) and Global Warfare, haven’t done as well at attracting and holding on to users on Facebook. So the Godfather game represents a chance to reverse that slide. Of course, while Kabam’s presence on Facebook has been sliding, it has been growing on Google+.

“We’re thrilled that Kabam chose to partner with Google to exclusively offer “The Godfather” before it becomes available on other social platforms,” said Punit Soni, the group product manager who leads the Google+ games team. “The story telling and rich graphics makes for an incredible game-play experience that Google+ users will want to share with the people they play with.”

While Kabam has a tiny base of users compared to star social game maker Zynga, Kabam’s users tend to spend a lot of money. That is why Kabam was able to attract $125 million in venture capital, including an astounding $85 million in a round that included Google in May.

I’ve had a look at The Godfather on Kabam.com and it is one of Kabam’s prettiest games yet in terms of art style. It captures the Prohibition era preceding the storyline of the Oscar-winning Godfather films. In the game, you create your own crime ring and join a major mafia family in New York City. You battle other clans for money, power and respect. The initial game play is fairly addictive. You start as a low-level gangster and join a big family, which can confer unique benefits such as extra income from nightclubs. 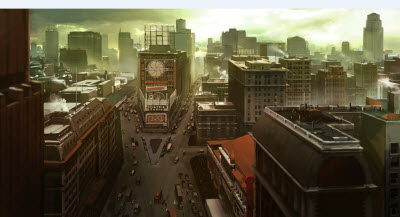 The Godfather game is more like a massively multiplayer online game played on a social network. The game lets you take a lot of single-player actions, such as building your economic base by adding restaurants, steel mills and cement factories. You can hire thugs, couriers or arsonists. And you can build up your estate and expand your territory throughout the neighborhoods of New York. But the game is social in that you can team up with other players to gain protection against larger factions and attack rivals in concert. You gain rank and power by intimidating and collecting from neighbors while gathering weapons, skills and equipment to fight rivals. The player who earns the most Respect points becomes the Don of the crime family. Larry Koh, general manager of the game, said the family faction group has proven particularly strong in beta testing so far.

It is designed from the ground up as a social game, with multiple layers of communities that reinforce playing as an individual. The stronger each family gets, the more bonuses each player in that family receives. Players can use Google+ Circles (a friend-sharing feature) to get help, information and experiences with their family and crew. The style is a lot different from the cartoon-like Mafia Wars 2 game that Zynga just launched on Google+ and Facebook.

Kabam exclusively licensed the Godfather franchise for social gaming from Paramount Digital Entertainment and partnered with Paramount, the owner of the Godfather films, in developing the storyline and game. While the game has a storyline, it is open-ended, so players can create their own destinies.

Google will provide promotional support to maximize the game’s visibility to Google+ users. The title is Kabam’s fourth to launch on Google+, and the titles are exceeding expectations, said Chris Carvalho, chief operating officer of Kabam. Previously, the Godfather game launched on Google’s Chrome web store on Oct. 25 and it has been successful there.