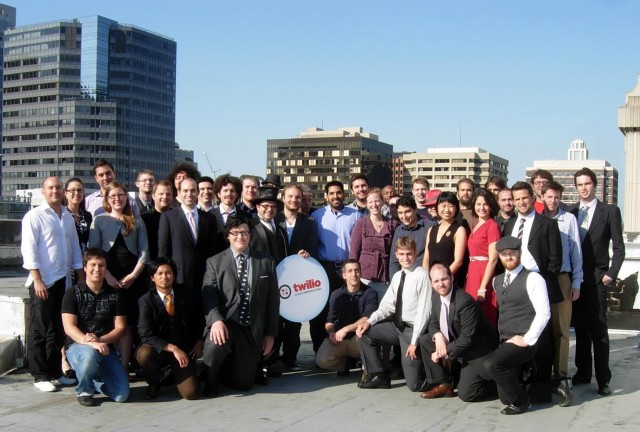 Cloud-based phone service provider Twilio is ready to get some new stamps on its passport. The company is rapidly expanding internationally as it takes on a $17 million third round of funding, led by Bessemer Venture Partners and Union Square Ventures.

Twilio offers a pay-as-you-go platform for phone and messaging services, and it provides application programming interfaces (APIs) so that developers can build phone and messaging apps on top of its platform. Airbnb, for example, has built an app atop Twilio to automatically confirm bookings with SMS messages; and Salesforce used the platform to run an app at its Dreamforce conference that let attendees text in their votes for the best app of the show.

In October, the company made its official move to the United Kingdom and has since had its eyes on its next 20 European countries. Jeff Lawson, the company’s chief executive officer says one the biggest queries Twilio receives from its developer community is “when will Twilio be in my country?”

“We launched the company on this notion that we should open up communications,” said Lawson in an interview with VentureBeat. “Our general goal is to make a product that works wherever our customers are.”

One feature of Twilio is that it allows its clients to choose phone numbers from anywhere in the US. So, for example, a merchant could choose local customer service numbers so that customers feel like they’re connecting with the vendor locally. And political campaigns could to the same for their constituents across any region of the country. Expanding into new countries means developers and companies everywhere can choose numbers not just from the United States, but those countries as well. Currently, the company has rolled out its complete offerings in the UK and the US and has public betas in Poland, France, Portugal, Austria and Denmark.

Other than being able to choose and use telephone numbers from different countries, having these places be Twilio ready means providing a cohesive way to communicate across borders. Anyone who has traveled internationally knows that it’s a pain to have to plan for communication, either paying out the nose for international fees, or buying a whole cell phone used just for that period of travel. Texting between countries has also been a pain for many, as different carriers have different text message fee requirements. Twilio currently has an international SMS product in beta, which will make it easy for developers to incorporate text communication between multiple countries. Lawson expects the product will launch in the coming months.

Twilio is also using the funding to hire, as the company is expanding rapidly. Bessemer Venture Partners and Union Square Ventures both sit on Twilio’s board now. The company’s APIs are used by Salesforce, Airbnb, LinkedIn and Zendesk, whose relationship with Twilio is very close, including shared visions of expanding internationally.