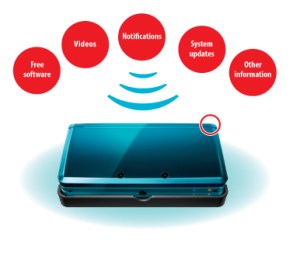 Unlike both smartphones and Sony’s upcoming Vita handheld gaming competitor, the Nintendo 3DS can’t connect to the internet through a cellular network, which limits the ability to download games/updates and online play to locations with a reliable wireless hotspot.

As part of the new partnership, travelers at Chicago’s O’Hare, New York’s JFK, and Houston’s George Bush airports (among others) will now have free access to Boingo hotspots — thus allowing you to use your 3DS to surf the web and stream Netflix movies. Boingo hotspots will also grant users access to the Nintendo Zone, which has promotional offers, retail coupons, game previews, trivia and downloadable 3D videos.

“With the holiday season approaching, more leisure travelers and families with children will fill our airports and have access to our hotspots,” Boingo Senior VP of Strategy and Business Development Colby Goff said in a statement. “Our state-of-the-art networks will provide Nintendo 3DS users with seamless connectivity and fast, reliable service to help them make the most of their travel downtime.”

While the 3DS initially suffered from lower than expected sales, it’s now doing considerably better in the months following a drastic price cut (from $250 to $170). Nintendo is also quick to point out that the 3DS is on pace to exceed first year sales of the original DS, which has sold over 50 million units worldwide.