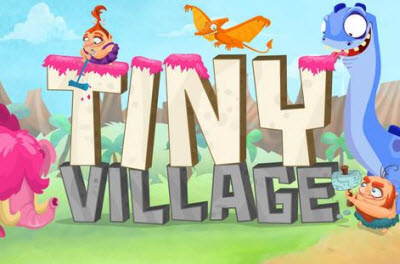 TinyCo is launching a new mobile game called Tiny Village today. It’s the first game from the startup that uses the Griffin Engine, which allows the company to build social games once and deploy them on Apple iOS (iPhone, iPad, iPod Touch) and Android simultaneously.

Other companies have created similar engines so that they can save on development costs and get their developers to focus on making fun games, rather than wrestle with different mobile platforms.

“Both iOS and Android platforms are exploding in the consumer market,” said Suli Ali, co-founder and CEO of TinyCo. “In the past, we’ve developed for iOS and Android separately. We quickly realized there was a better way that didn’t require twice as many engineers and twice the amount of development time, or the extra hassle of fragmented development.”

Deploying to both platforms makes sense since Apple has strong monetization while Android has been growing rapidly. Previously, San Francisco-based TinyCo had to port a game from iOS to Android. But that didn’t work so well because the Android versions never had the latest content that was available on the iOS versions. The lag was around six months or more.

So the company spent about half a year engineering the Griffin platform, with a focus on making mobile social games. The games run natively so they can have better performance and take advantage of each device’s unique features. By contrast, games written in HTML5 (the latest browser format) often run slower and don’t take advantage of native hardware. The company will now be able to launch iOS and Android games at the same time with content parity.

Others who have similar capabilities are Unity 3D, Sibblingz’s Spaceport, and Zipline Games’ Moai. The Tiny Village game is a casual title that allows users to build a prehistoric village by harvesting resources, building homes and shops, and raising dinosaurs. Players can lead their dinosaurs into battle against bosses or other players.

TinyCo was founded in 2009. In February, it raised $18 million in a first round of funding led by Andreessen Horowitz. Other investors are Ron Conway and Keith Rabois.