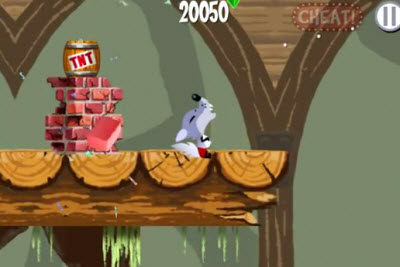 Zipline Games is launching its first mobile game, Wolf Toss, today as part of a test of its new game development platform.

The new game will run on both the Apple iOS, Google Android and Google Chrome platforms and it is the third title to use Zipline’s Moai Game Development Platform for professional game developers.

The platform is aimed at creating high-performance, fast-action games that run across platforms and so make optimal use of a developer’s resources. Moai, named after the human face carvings on Easter Island, consists of a server-based technology that handles back-end processing tasks such as cloud hosting for games. The other element is a software development kit built around the Lua game scripting language. The whole solution uses an open-source development platform that works well with two-dimensional games. The free-to-play Wolf Toss took about six months to make, including about four months of development. 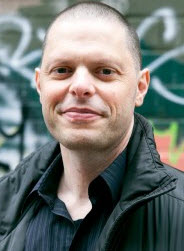 The Wolf Toss game, which is sort of like an Angry Birds game on steroids, is aimed at showing that the Moai development platform is easy to use, Zipline chief executive Todd Hooper (pictured) told VentureBeat. One of the cool features is that Zipline’s own servers can push updates to the game so that developers don’t have to wait for updates to be approved by platform owners, as that can take a long time. 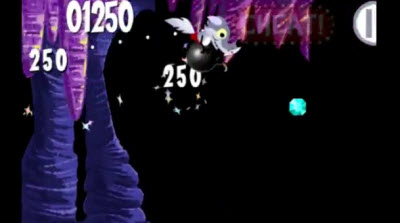 The Seattle-based company hopes to distinguish itself by focusing on high-quality games, not simple stuff, and the Moai tool is suited for developers who want to do that. It will also provide cloud services and let developers use the familiar open source Lua infrastructure. Since Lua is a low-level language, games built with it run fast. The platform lets developers publish to the iPhone and Android at the same time.

“We produce native apps for each platform,” Hooper said. 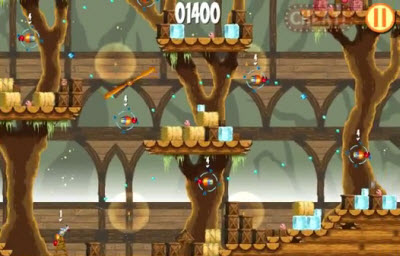 Zipline’s founders include veterans from Nintendo, Groundspeak and Amaze Entertainment. Co-founder Patrick Meehan is the chief technology officer. The company has raised an undisclosed amount of money from investors including Founders Co-Op and Benaroya Capital.

The first two titles to use Moai were Crimson: Steam Pirates (Bungie Aerospace and Harebrained Schemes) and Go Go Kiddo.