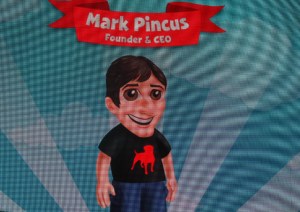 Zynga co-founder and chief executive officer Mark Pincus said today that his company could double its number of paid subscribers.

Zynga has about 215 million monthly users. Roughly 7.7 million of these users have purchased Facebook Credits, which can be redeemed for virtual goods inside Zynga games like Farmville. This figure represents between 2.5 and 3 percent of Zynga’s total user base.

“We could see that doubling,” Pincus said before a room of about 100 potential investors, Reuters reported. Pincus was speaking in Boston during a roadshow event for the company’s planned initial public offering.

Pincus has never publicly stated that the company could double the number of paid subscribers and he did not specify a timeline. A Zynga spokesperson declined to comment, but an analyst contacted by VentureBeat said it was not a far-fetched prediction.

San Francisco-based Zynga makes games that people play inside online social networks, and the company is preparing to go public on NASDAQ Exchange as soon as next Friday.

The company’s listing value has fluctuated wildly, on fears that users are abandoning its games for other popular titles such as The Sims Social, and that Zynga will have a hard time holding onto paid users. The company was valued between $15 billion and $20 billion as recently as July, but it’s pre-IPO value has settled at an estimated $8.9 billion one week before the expected offering.

Michael Pachter, a research analyst at Wedbush Securities who specializes in games and digital media, said there are several scenarios in which Zynga could double its paid user base within the next one to two years. The two key drivers of growth will be Facebook and mobile devices.

Pachter said that if Facebook hits 1 billion users, the number of  people who play Zynga games will almost certainly increase in tandem. And if this happens, Zynga could still be close to doubling the number of paid users it has without significantly shifting the total proportion of Facebook users who play its games. 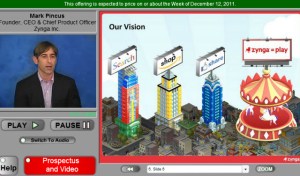 Pachter also believes that Facebook will start doing more to make people use their credit cards within the social network. Buying Facebook Credits is a frustrating experience. If Facebook removes some of the friction from this process, Zynga stands to benefit, even if people are spending $1-$2 per month, which is the norm. He compared this to e-commerce sites like Amazon.com, where people make repeated one-click purchase once they grow accustomed to securely storing their credit card information online.

On the mobile front, Pachter said that Zynga’s only killer app now is “Words with Friends,” the Scrabble-like game that got actor Alec Baldwin yanked off an American Airlines flight in Los Angeles this week. Zynga games work better on smartphones than feature phones. If Zynga invests heavily in mobile development there is a great opportunity to reach customers on feature phones.

Zynga is planning to raise $900 million or more in its IPO, the largest initial public offering since Google went public in 2004, raising $1.7 billion. Zynga has enough orders to cover the number of shares it’s floating, Bloomberg reported today.