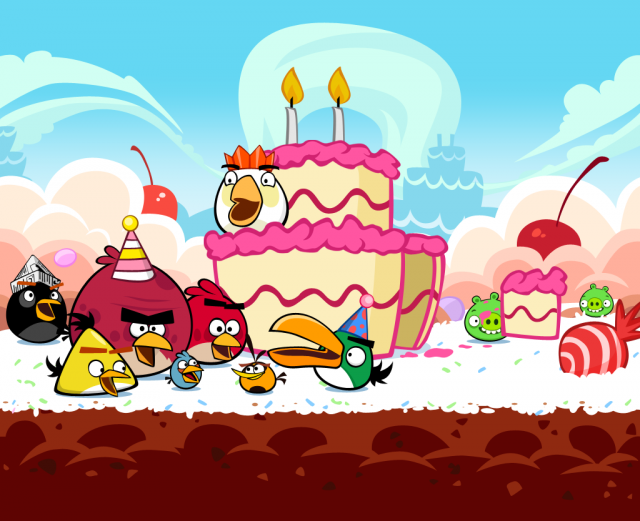 The smash hit mobile game Angry Birds turns two on Dec. 11, having been downloaded over half a billion times since launch. To celebrate the occasion, Rovio is offering up new levels, menus and special ‘birdday’ achievements, which will be made available in an iOS update.

There will be 15 specially themed birthday levels appearing on iOS this Sunday, and all existing episodes of the game will be unlocked. Updates for other platforms will be following soon.

Finnish developer Rovio has teamed up with Barnes and Noble in the U.S., with special events and giveaways taking place in stores on Dec. 11, from 11 am to 3 pm. Toys ‘R’ Us will also be offering discounts on Angry Birds plush toys on Sunday, and will be giving out a code that unlocks an Angry Birds Google Chrome bonus level.

Angry Birds celebrations will also be hitting the Apple store in Ginza, Japan, where Rovio chief marketing officer Peter Vesterbacka will give a presentation on Angry Birds’ success story. 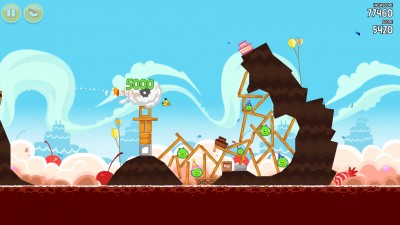 The story of Rovio’s rise to the forefront of the gaming world really is quite remarkable. In December 2009, Rovio was just a small Finnish developer. Two years down the line, Angry Birds has become the most popular app ever, the company has been valued at over $1 billion  and Hollywood has apparently been knocking on the door.

Not content to rest on its laurels, Rovio is continuing to expand its Angry Birds franchise in a variety of directions. Vesterbacka has likened the company to Disney, stating  “We’re building an integrated entertainment franchise where merchandising, games, movies, TV, cartoons and comics all come together. Look at how Disney got started. Steamboat Willie created Mickey Mouse, then they added more characters. You can see the same pattern today, but everything is happening much, much faster.”