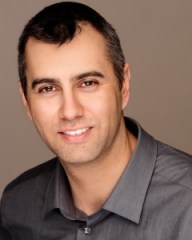 Android developers are getting just 7% of the revenue that Apple iOS developers are getting, according to a recent article that quoted research by Piper Jaffray. The article’s premise was that developers will obviously go where the money is, so Android will continue to struggle when it comes to drawing in more developers. This got me really thinking … could this be right? If it is, who are all the developers on my company’s ad network?

It really is amazing what you can do with statistics.

First, the 7% statistic relates to revenue earned from the sale of apps, so it doesn’t include ad revenue. Second, it uses revenue numbers from the life of Apple’s App Store, which has obviously been around a lot longer and is much further up the growth hockey stick than Android.

Some more stats to confuse the issue:

According to research by Inneractive, click-through-rates (CTR) on iOS are more than double what they are on Android, but the cost-per-thousand (eCPM) is only 30% higher. This would indicate that Android developers are getting more bang for each click. Combine this with another recent statistic that Android generates twice the ad impressions of iOS and you have Android earning more in real dollar terms from ad revenue.

So, perhaps a more considered approach is required in comparing the revenues developers make off the two platforms.

Apple has built a closed ecosystem. It heavily regulates the App Atore and does not look favourably on revenue generated outside of this environment. Ad revenue is the major hole in its “atmosphere”. It cannot, for obvious reasons, close the hole. It has tried to be part of the leakage through iAds. Given its current mindset, it is in Apple’s interest to control this outflow from its incredibly full bucket.

On the other side you have Android. Open source, open environment, open market. Added to the mix is that Google, the developer of the Android platform, is an advertising company. Wouldn’t it be in Google’s interest to ensure the ad revenue floodgates open as wide as possible?

The last piece in this puzzle is to look at monetization trends. Almost 90% of all apps that are downloaded are free and involve no in-app monetization. In fact, according to Distimo, growth in the top paid apps for the 12 months to July was only 7% compared to 34% for the top free apps. Apple’s recorded revenue comes from a slowing trend for paid apps, while 72% of its revenue is from the 4% of apps with in-app purchase models (note: in-app purchases were only introduced to Android Market in March).

While Apple continues to limit revenue outside of its ecosystem, the continuing proliferation of smartphones (at increasingly lower prices) and therefore the increasing number of app users who will not pay for that usage, means that Apple apps will be forgoing a growing monetization segment. In contrast, Android’s open environment, and the ability for developers to use premium ad methods may mean that Android developers are in fact following the money.