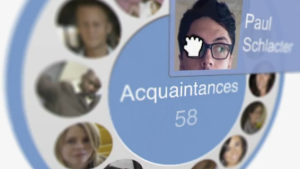 Way to not tick off the privacy hounds, Google!

For its social service, Google+, the company is rolling out facial recognition features, but only if you want it to.

The new “Find My Face” feature is something you have to specifically opt into.

Find My Face, if and when you enable it, has the ability to find any photos your friends have uploaded that include your face. It will also prompt your friends to tag you if you appear in new and previously uploaded images.

You can choose to accept or reject tags on a one-by-one basis. And you can also turn off the feature anytime.

Facial recognition (and subsequent privacy-related media meltdown) is familiar turf, both for Google and for social networks in general.

When reporters got wind of an upcoming Google mobile app for facial recognition, the reactions around the web weren’t entirely positive. In fact, we said at the time that it “sounds great for stalkers.”

But the Googler in charge of that project, Hartmut Neven, said it wasn’t yet being released for exactly that reason.

“We recognize that Google has to be extra careful when it comes to these [privacy] issues,” Neven said. “Face recognition we will bring out once we have acceptable privacy models in place.”

In the summer of 2011, Facebook started rolling out facial recognition globally. While we said at the time that privacy concerns around the feature were “vastly overblown,” regulators didn’t quite agree. Several European privacy authorities even opened up an investigation on the matter.

However, by making a simple opt-in procedure, Google will let the “privacy-schmivacy” set enjoy the benefits of the new tech while sidestepping any accusations of dirty dealing from those who take privacy a bit more seriously.

At least in this case, we find that a little explicit permission goes a long way.