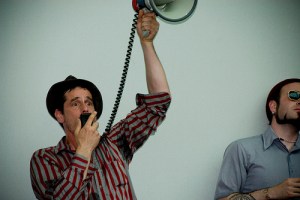 The most talked about smartphone on the web from July to December was none other than Apple’s iPhone 4S.

Apparently, the company didn’t need to introduce a radical new version of its popular device to command a lion’s share of the Internet’s attention (and sales, for that matter).

The iPhone 4S slaughtered the competition when it came to online buzz from blogs, message boards, Twitter, Facebook and online news sites over the past six months. The device captured 40 percent of all buzz during this time period, according to NM Incite, the social media analysis company from Nielsen and McKinsey, and it wasn’t even introduced until October.

And even though Google’s Android operating system commands half of the U.S. smartphone platform market, making it the indisputable OS leader, the web was all abuzz about all of Apple’s iPhones, all the time.

The iPhone 4S, iPhone 4 and iPhone 3GS combined to give Apple 66 percent, or two-thirds, of all mentions about smartphones July through December. By comparison, the top Android devices — the Samsung Galaxy Nexus, Droid Bionic and HTC EVO, for example — amassed just 23 percent of online buzz. And just a tiny sliver of Internet mentions paid any heed to Windows Phone devices.

Okay so, buzz may not equate to sales or positive perception — NM Incite didn’t run sentiment analysis on its data — but the bigger picture here seems to be that Apple, more than any other handset maker, continues to be successful at creating a huge online fuss before, during and after its iProduct reveals. 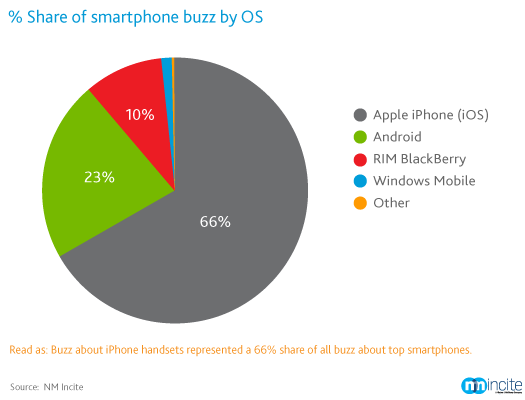