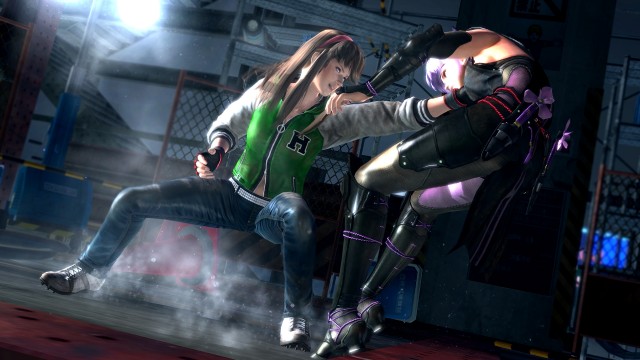 VB: Itagaki was the face of Team Ninja for a long time. Now that he’s gone, how has that impacted the franchise?

YH: We understand that Itagaki was the father of these franchises. I personally was under him, a member of the team working on the franchises, and the rest of the staff members that are now coming to the forefront for Team Ninja were also raised in that environment under him. So it’s… We feel like it’s our duty to raise the IP and raise the franchises that he created, raise them up like our own children and see them grow and see them flourish. That’s what we’re focusing on as a team, to keep that going and make them grow.

VB: Is there anything, maybe, that you couldn’t do while Itagaki was team leader that you’re now free to experiment with or move towards now?

YH: Everybody was working on the games even when he was around, everybody was giving 110% to make those games. So it’s not like there was a rule that we couldn’t do one thing or another, it was just… The games were developed how they were developed. Times have changed, though, development has changed, games are made by a group of people, and the people that are making those games feel passionate about what they’re making, they’re going to put everything that they have into that game. If those people change, you’ll see some of that come out in the game, you’ll see the flavor change a little bit. There’s no real direct “well, now we’re free to do this.” But there are changes that people will feel, just because the people making the games have changed somewhat.

VB: Dead or Alive has always had a surplus of unlockable costumes. But since Dead or Alive 4, a lot of games have started taking stuff that used to be in games for free and doing it as downloadable content. Marvel Vs. Capcom 3 and Street Fighter IV are two notable examples. How do you feel about that?

YH: With developers taking stuff that they normally would have put on the disc and selling that for DLC later, we think that lowers the value of the actual disc, the players that are going to buy that disc. We don’t think that’s a good way to do things. But as for using DLC as a way to add more stuff and increase the longevity of the title, if we’re adding stuff later we think that will… Fans will enjoy that, we as developers will enjoy that, we’ll just have that much more time to spend with that game. That’s the approach that we would like to take. 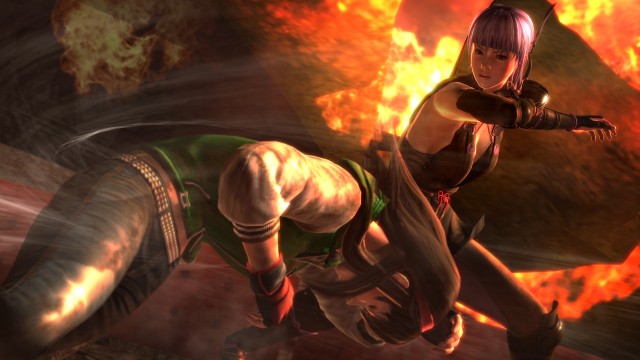 VB: With so many fighting games out there and so many iterations–King of Fighters just hit their 15th anniversary, etc.–there’s hundreds of characters to choose from. Are you finding it hard to find new ways to innovate in the space, new fighting styles that people will find interesting, that haven’t been done before?

YH: Up until now, we think that other titles have sort of gone back and tried to reach a more casual audience. Trying to go back. We don’t feel like that’s pushing the genre forward, trying to create a future for the genre. For us, we’re shooting for this “fighting entertainment.” We’re trying to bring something new to the genre as a whole experience, move it forward. It’s not about just going back and trying to make it easy for casual players or stuff like that. There’s something more that we’re bringing with DOA5 that will appeal to a mass audience as well as the hardcore fighters that should be able to get in there with the system and enjoy DOA as a fighting game, in and of itself.

VB: Street Fighter X Tekken and Marvel vs. Capcom have proven that anything is possible in the game space. I understand that Itagaki had an outward hatred for Tekken, but now that he’s not there, what are the odds or your interest in a Dead or Alive vs. Tekken game?

YH: Itagaki might have left, but the hatred for Tekken is still around in the team [laughter]. So when we see Street Fighter X Tekken and those kinds of games… We’re coming out with Dead or Alive. We don’t need to rely on anything else to present Dead or Alive as a strong fighting game in the genre. We don’t need that kind of thing to prove ourselves. We understand that Tekken has… It opened the way for 3D fighting games, we understand that it has a long history, we respect that history, but we’re coming in as a challenger to those 3D fighting games. We’re there to represent and take them on.

Ninja Gaiden III is set for a March 2012 release on Xbox 360 and PlayStation 3, while Dead or Alive 5 will be coming a few months later. Stay tuned for additional previews and coverage.