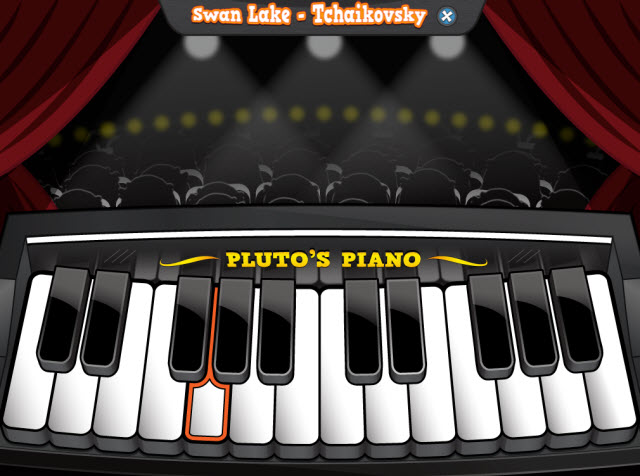 Pluto Games is spinning out of game incubator YouWeb today, raising $500,000 in seed money in the process. Pluto Games will use the money to foster its business of creating tablet apps that teach kids how to play and enjoy music.

The Menlo Park, Calif.-based company makes games such as the iPad app Pluto Learns Piano, an “edutainment” title targeted at children ages three to five. It is the brainchild of Luis Sampredo, a pianist and developer who founded Pluto Games. The company is also unveiling a new version of the piano game, which is akin to the old player pianos. 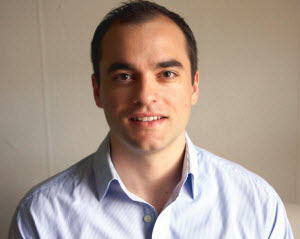 The company plans to use the funding from YouWeb and angel investors to “transform tablet devices into fun learning tools,” said Peter Relan, founder of YouWeb, in an interview. Like the new mobile game maker Go Go Kiddo, Pluto Games sees touch-based tablets and smartphones as ideal learning devices for children. So much so that both companies consider Apple iOS devices to be the new babysitters, replacing TV as a parent favorite.

“Parents look at this and they say, ‘Wow, what a great babysitter!'” Relan said.

Sampredo (pictured) added, in an interview, “The iPad will revolutionize learning.”

The piano title combines scrolling game play with musical notes to get children to learn music. The game follows Pluto the Penguin on a quest to master as many as 24 different songs on the piano. Players are awarded stars based on performance, and they can  use those starts to unlock new songs, Sampredo said. He said that the game is fun first and foremost, but the music lessons are integrated into the app in a subtle way. The app is free but parents can pay 99 cents to unlock two or three new songs.

Relan said the creation of Pluto Games followed a familiar pattern. Relan’s Burlingame, Calif.-based team found Sampredo, whom they considered a “brilliant developer.” They decided to bring him into YouWeb as an entrepreneur-in-residence, though they didn’t know what he would do. They just had confidence that he would create something cool, and for six months or so he has worked on the startup.

“We bet on a talented entrepreneur in this case,” Relan said.

Pluto Learns Piano, previously called Pluto Plays Music, has been played more than 2 million times since its beta launch in May. Pluto is now hiring new employees. Pluto Games is the fifth company spun off by YouWeb. Others include CrowdStar, Sibblingz, iSwifter and OpenFeint. The latter was purchased by Japan’s Gree for $104 million.

Here’s a video of the Pluto Learns Piano game in action.
watch?v=lEy0g3-jr3Y&feature=player_embedded