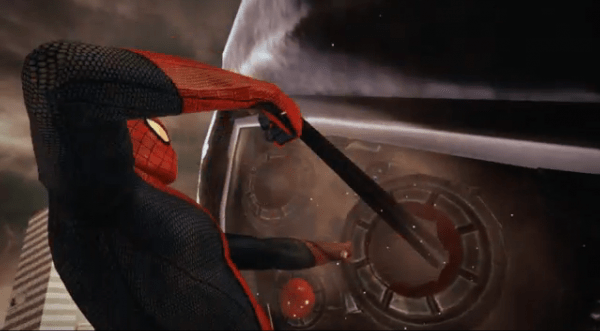 Spider-Man has been the subject of many video games over tons of different consoles over the past few decades. Most of the games have been met with harsh criticism and your friendly neighborhood Spider-Man has never been a super-hit in the video game world. However, maybe that will change now with the Amazing Spider-Man, developed by Beenox and published by Activision, being announced at Spike’s Video Game Awards.

The trailer shows New York being attacked and destroyed by an onslaught of machines developed by Oscorps. Originally developed to protect the country against biological attacks, the machines malfunction, and Spidey has to come and save the day. There’s plenty of destruction of the city as Spider-Man tries to fend off the machine takeover.

The Amazing Spider-Man will be released in summer 2011 along with a Spiderman movie with the same title.