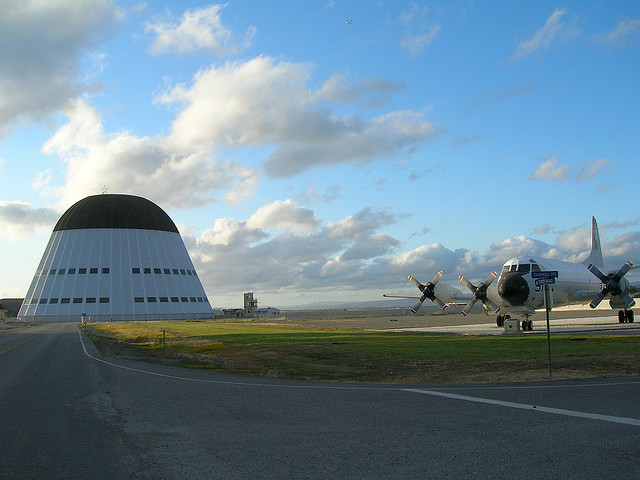 Google’s top three executives have offered to pay $33 million through a jointly owned company to save Hangar One, a historic building used to house large airships at Moffett Field in Mountain View, Calif.

Google’s Larry Page, Sergey Brin, and Eric Schmidt made the proposal back in September via H211, a jointly owned company that manages their fleet of private jets. Ken Ambrose, director of operations at H211, says that NASA — which owns Moffett Field — is considering the offer, reports the San Jose Mercury News.

The report also brings to light another interesting tidbit: Google’s execs own eight private jets. As part of H211’s offer, the company is also asking for use of up to two-thirds of Hangar One’s floor space for the private jets.

It seems that everyone wins if H211’s offer is approved. NASA gets to save a historic landmark, and Google’s execs get a home base for their private jets right near Google’s Mountain View headquarters.

Speaking at a meeting on Thursday of the Hangar One Subcommittee of the Moffett Field Restoration Advisory Board, Ambrose expressed his frustration about NASA’s delayed response. “A decision should have been made by now,” he said, as the Mercury News reports. “It’s quarter to midnight as far as I can see.”

Ambrose says that to get the restoration up and running by the summer, H211 needs immediate approval to start gathering consultants, permits, and other necessities. There’s a heightened sense of urgency now, since NASA has begun removing Hangar One’s PCB-filled exterior paneling, leaving the interior of the building exposed to the elements.

H211 isn’t trying to buy out Hangar One from NASA. As part of H211’s deal, NASA will still retain ownership of the building and will be able to lease out space to others.