Fake identification has been around probably since the advent of IDs. This process was made temporarily easier by a mobile application created by DriversEd.com, a website that provides online driving courses for a number of different US states. The app, which lived in the Apple App Store, allowed you to choose a driver’s license template for any of the 50 states and put in your own information plus a photo.

A description stated, “We’ve got every single state so make a face, take a picture with friends, and go crazy! You can change all the personal info too, so the possibilities are endless.”

The original intent of the app was to be able to make funny IDs with goofy pictures. When finished, you were able to e-mail your new ID to yourself or upload to Facebook, which caused Senator Casey to step in. 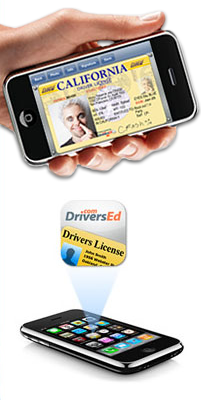 “I believe this application poses a threat to public safety and national security … it can be used in a way that allows criminals to create a new identity, steal someone else’s identity, or permit underage youth to purchase alcohol or tobacco illegally,” said Senator Casey in a statement. “National security systems depend on the trustworthiness of driver’s licenses, yet with a counterfeit license created by the app, a terrorist could bypass identity verification by the Transportation Security Administration, or even apply for a passport.”

As he notes, the issue goes beyond underage drinking and into identity theft, as the application allows you to enter not just your information, but anyone’s. The Coalition for a Secure Driver’s License has been after this application for some time as well. Brian Zimmer, the coalition’s president, sent Apple a similar request in April but received no response.

“The counterfeiting of driver’s licenses used as IDs together with counterfeit or stolen credit cards has become epidemic in many U.S. metropolitan areas,” Zimmer said. “It’s entirely possible that some criminals are currently using the application to rip off stores.”

The app is no longer available for purchase through the App Store, after a two year run.