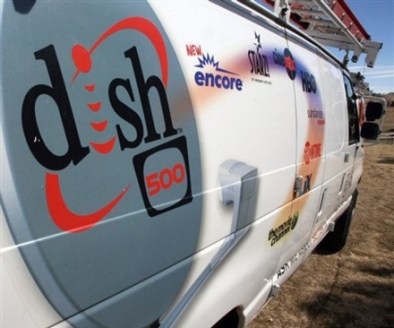 T-Mobile certainly won’t be lacking in suitors if AT&T’s $39 billion acquisition falls through. Dish Network is interested in partnering with T-Mobile for a wireless network of its own, if AT&T can’t seal the deal, Dish CEO Joseph Clayton said in an interview today.

Clayton joined Dish earlier this year with the promise of upping acquisitions and creating a streaming-video competitor to Netflix. He says that the company could combine its newfound wireless spectrum — a product of its Terrestar Networks and DBSD purchases — with a wireless provider like T-Mobile to create an entirely new company, Bloomberg reports.

But even if T-Mobile gets snapped up by AT&T, Clayton says he’s considering similar partnerships with Sprint or Clearwire. He’s also interested in buying additional spectrum from AT&T and T-Mobile if federal regulators force the companies to give up assets.

However it’s put together, a Dish-backed wireless network could be interesting competition against more entrenched carriers and telecom networks. And for ailing carriers like Sprint and T-Mobile, buddying up with Dish could be a wise decision.

“We’re not interested in making money on selling our spectrum,” Clayton told Bloomberg in an interview. “We want to use it to create a national wireless network, video, voice and data. We’ve got expertise in satellite-TV, and we will in satellite broadband. The voice part, we’ll need some help with.”

But before Dish can do anything, it needs to wait for the FCC to approve the use of its new wireless spectrum. Another roadblock for Dish: T-Mobile parent Deutsche Telekom apparently isn’t even thinking of a potential deal with the satellite company, a spokesman told Bloomberg.