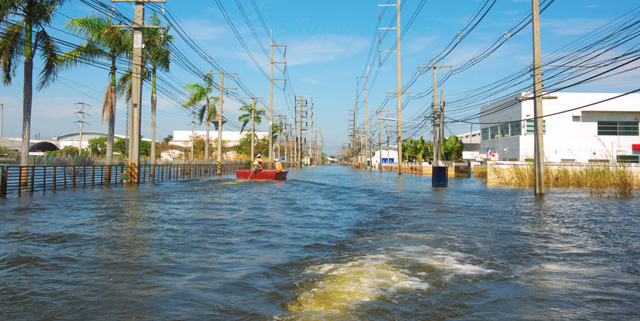 Intel’s fourth quarter revenue is predicted to be about a billion dollars lower than the company’s previous forecast, it revealed today.

The $1 billion difference in revenue is attributed to hard drive shortages due to flooding in Asia. Over the summer, areas of southern Thailand were flooded by heavy monsoon rains, leaving many hard drive manufacturing facilities under several feet of water. While some companies like Western Digital have resumed production of hard drives in Thailand, there are still not enough being produced. The shortages have caused a decrease in the purchase of microprocessors, which has hurt Intel’s bottom line.

The floods have caused the entire PC supply chain to suffer, affecting many computer-component companies. While Intel expects the shortages to continue into next year, it also looks forward to a replenishment of hard drive inventories which will allow microprocessor sales to recover.