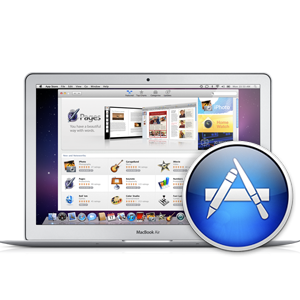 In June, the company announced that its Mac App Store is the number one channel for PC software sales, surpassing big retailers like Best Buy, Walmart and Office Depot. The store has a variety of categories, including education, games, graphics and design, lifestyle, productivity, and utilities. The company also made its latest OS X Lion upgrade exclusively available through the Mac App Store.

It’s certainly an impressive feat for Apple, which previously faced criticism over the store because it ran counter to the long-standing tradition of software companies selling their own wares.

And while the number of downloads is definitely worth noting, there’s also something to be said for the developer community throwing support behind the idea of a desktop application store. Developers can set their own prices for the apps, but have to pay Apple 30 percent of each sale. The developers do not, however, have to pay for hosting, free applications, App Store marketing or credit card fees.

I’ve used the Mac App store twice since it opened. The first time was for Lion, and the second was for a native Twitter app that I’ve probably only used once. I’m curious to find out how many VentureBeat readers have downloaded more than one OS X app from the Mac App Store. (And of the people who have downloaded multiple apps from the store, how often do you use those apps?)