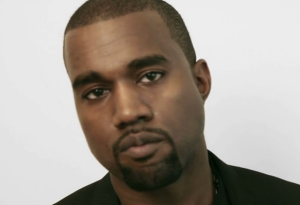 UPDATE: The filing is now official; you can read the whole thing online as a PDF.

Megaupload’s Mega Song commercial is a bizarre and surreal commercial featuring endorsements from an impressive A-list roster of celebrities, including Will.i.am, Kanye West, Kim Kardashian, Serena Williams, Snoop Dogg and a host of others.

Macy Gray actually sings parts of the song. It was weird enough (as you can see below) to start going viral around the web.

That’s where the whole story gets interesting. As the ad campaign picked up steam, UMG apparently contacted YouTube with a Digital Millenium Copyright Act takedown notice, claiming that the work infringed on their copyright and demanding that it be removed immediately, which it was.

However, the song was an original composition, not something that belonged to UMG. And Megaupload said it signed contracts with all the celebrities to appear in the video. When the site’s management reached out to UMG, they didn’t get any answers.

“Efforts to reach out to UMG and open a dialog about this abuse of the DMCA process were answered with unfounded and baseless legal threats and demands for an apology,” Megaupload CEO David Robb told TorrentFreak today.

And with that, Medaupload is officially joining scores of others on the anti-SOPA bandwagon. “After this demonstration of the abuse of power by UMG, we are certain that such an instrument of Internet censorship should not be put into the hands of corporations,” the CEO concluded.

SOPA, or the Stop Online Piracy Act, is catching a lot of heat these days. Even groups that supported the proposed law initially are now backing away, saying the legislation needs work.

As copyright reform advocate Cory Doctorow writes in The Guardian, these kinds of actions make UMG and its ilk “the real pirates” of YouTube and other online content networks.

“Companies such as NBC Universal, al-Jazeera, and Discovery Communications have used ContentID to claim title to [public domain] videos on YouTube,” Doctorow says. “Some music royalty collecting societies have claimed infringements in silent movies… And unfortunately, there is no organized lobby for the public domain to demand the kind of stiff sanctions for Universal and co. that other copyright infringers face at their behest.”