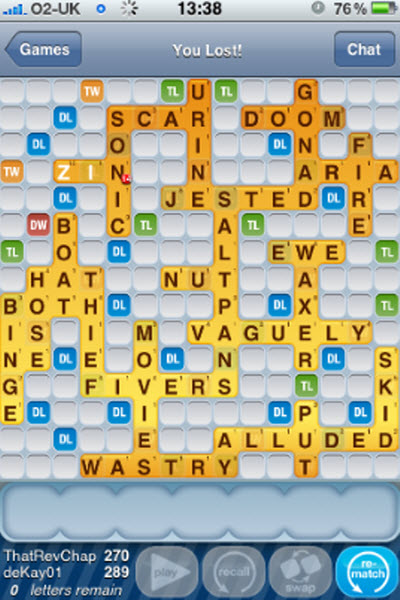 One of the best moves that Zynga made was withdrawing from the iPhone game market after its initial foray. Rival SGN was diving headlong into the iPhone in the middle of 2009.

But Mark Pincus found that Apple’s platform was wanting. He wanted Apple to turn the iPhone into a “socially enabled” device, much the way that Facebook had enabled social games on its network. Apple didn’t have a lot of the features that would allow games to spread like wildfire among friends or make it easier to discover games. He also wanted Apple to launch its in-app purchases to enable free-to-play games on the iPhone.

Rivals such as Electronic Arts, SGN, and Gameloft had no qualms about the market. They were investing heavily in learning how to make money with the new smartphone platforms. Meanwhile, Zynga made a ton of money by focusing its teams on Facebook, which generated far bigger audiences and far more revenues than mobile games did. But Zynga stayed on the mobile sidelines so long that it had to start buying its way into the market when mobile began to look more promising.

Zynga later made a run at playing catch-up. It offered to buy Ngmoco, the iPhone-focused mobile game company started by former Electronic Arts executive Neil Young (pictured below). Bing Gordon would have been ecstatic at such a deal, as he was on the board of both Zynga and Ngmoco, and Kleiner Perkins had invested in both of them.

In October 2010, Japan’s DeNA acquired iPhone game maker Ngmoco for $403 million. That price was something like 13 times revenues — a very high price. But DeNA was on a billion-dollar run rate with its business on mobile phones in Japan, and it is intent on expanding to Western markets for social mobile games. 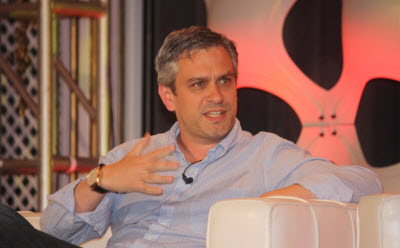 The acquisition set up an interesting competition. While Zynga had been fighting with Playfish and Playdom (and later EA and Disney), it now had to realize that DeNA and Japan’s mobile gaming social network Gree were also gunning for a worldwide mobile social gaming empire. And they would be more than happy to trample over Zynga.

Zynga brought aboard former Yahoo executive David Ko as a senior vice president for mobile in October 2010. In December 2010, Zynga made its biggest move into mobile with the acquisition of Newtoy, the McKinney, Texas-based creator of Words With Friends, a Scrabble-like word game on the iPhone that had become a huge hit with 12 million downloads. The acquisition was Zynga’s seventh deal in seven months, but it showed it was serious about mobile.

Zynga didn’t announce it at the time, but the company paid a hefty $53.3 million for Newtoy, which was started by brothers Paul and David Bettner. That was the most that Zynga paid for a company, but the price was low relative to other kinds of gaming deals. At that point, Newtoy added a mere 23 employees to Zynga’s tally of 1,300. Mobile was yet another way to diversify beyond Facebook.

Justin Cinicolo, the former Mafia Wars producer, assumed a leadership role in Zynga’s push into mobile. In the fall of 2010, he said in an interview that Pincus had more patience now for the mobile market to come into its own.

“He is more willing to do things like mobile where we know it will take some time before it becomes as successful as the web business,” Cinicolo said. “We have a good understanding of the web. Now it makes sense for us to spread our games everywhere.”

Of course, Zynga had to figure out how to deal with a big problem. There was no guarantee that its big position in Facebook games would help Zynga at all in mobile games. 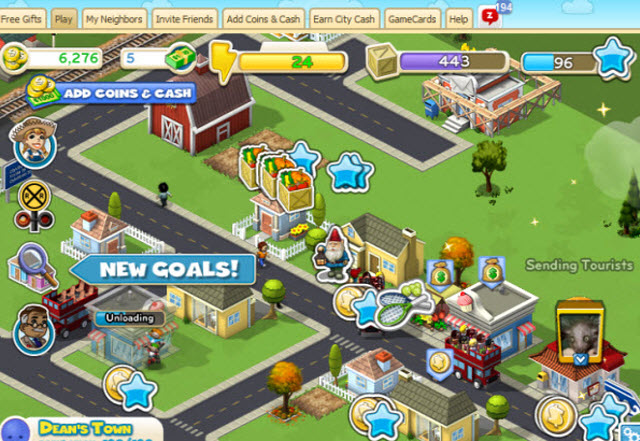 Zynga had been looking for a sequel to FarmVille for a while. FrontierVille had all the right elements for that, but the game never hit the same mass market as the farm game. So the company put a lot of its effort behind the next game that was spearheaded by veteran game designer Mark Skaggs. Skaggs had established a pattern of creating a big game and then handing it over to others to run while he moved on to something new.

Zynga created the CityVille team from scratch in 2010. Skaggs, who had worked on FarmVille and was a former Electronic Arts designer, estimated that 95 percent of the people on the team had never worked on a game before. The team started with established play practices that had been successful in other Zynga games, such as picking up rewards, or loot, upon achieving something. Then it focused on what would be fun to do in a city game. The result was a lightweight city simulation that can be played in a matter of minutes — but which players feel compelled to return to on a daily basis.

They created a city simulation game called CityVille, which included something new for a Zynga game. It had animations and the icons of friends moving around on a city map, creating the illusion that it was a real-time game. the game was also rendered with 3D polygons that allowed the city to be rotated and viewed from different angles. And it had a guided tutorial to teach new people how to play. It included the FrontierVille social features that allowed players to progress by helping their friends, and it allowed users to buy Facebook Credits to advance faster. On the surface, it looked like SimCity or rival social game Social City. But Zynga’s game was simple and suited for Facebook, which didn’t allow a great deal of interactivity.

Zynga announced CityVille on Nov. 17, 2010, saying it would be available in four languages at launch, the first time Zynga had localized a game for different regions at launch. But CityVille wasn’t quite ready to let CityVille out. For weeks, Zynga kept tweaking the game. Finally, on Dec. 2, Zynga launched the game. At 1:22 am that day, the game launched and the staff drank champagne. In its first 24 hours, more than 290,000 people played the game. That was Zynga’s best launch ever, much higher than FrontierVille, which had 116,000 players on day one. 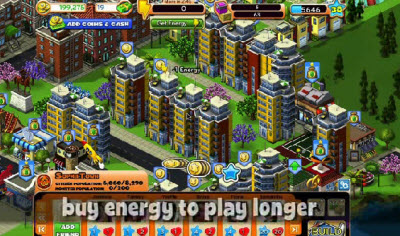 The crowds kept coming. After five days, Zynga had 6.5 million players. They had built more than 2.7 million homes and created 500,000 bakeries. The timing was good, since the decline of FarmVille meant that Zynga’s numbers had fallen to an overall 193.8 million monthly active users, compared to 260 million monthly active users in the spring of 2010. The grown soon became exponential, with 26 million users playing CityVille by day 12.

“This feels fun,” said Skaggs, the Zynga vice president in charge of CityVille, in an interview at the time. “It’s like reliving the fun and excitement of the FarmVille launch. We are buzzing with energy about how to keep it going.”

CityVille helped create the impression that Zynga was unstoppable in social games. On the secondary shares market, Zynga now had a valuation of $5 billion, larger than publicly-traded rival Electronic Arts, which had $4 billion in revenue and was one of the largest console game publishers in the world. CityVille passed up FarmVille on Dec. 24, 2010, when it still had 58 million users. On Jan. 3, CityVille passed FarmVille’s all-time high of 83.76 million users, a previous record set in March 2010. On Jan. 14, 2011, CityVille hit 100 million users, just 43 days after the game launched. In the 50-year history of video games, CityVille was the fastest-growing game ever in numbers of users. It pushed Zynga’s users to more than 296.6 million on a monthly basis. On Facebook, CityVille was five times bigger than the next closest app.

Bing Gordon, the Zynga board member, said that CityVille shows what happens when you structure rewards in games the right way. He said its success was proof that games are like a “social lingua franca” of the web, where you relate to people or deepen your relationship with them by playing social games with them. CityVille drove Zynga’s bookings and revenues upward in the first quarter of 2010, as users bought virtual goods such as batteries.

The big numbers drew sponsors. In May 2011, Zynga launched an in-game deal with DreamWorks to promote the film Kung Fu Panda 2. Users added 15 million Kung Fu Panda 2 themed drive-in movie theaters in their cities. While Zynga didn’t have well-known game franchises, it figured out how to cash in on brands with its games through simple virtual item integrations that were basically ads.

CityVille was so successful that Zynga ran with it. The company later launched CityVille Hometown, a mobile version of the game, and it also announced it would launch a version of CityVille in China on the Tencent social network. The latter deal could give Zynga access to China’s most popular internet service portal, with more than 674 million users.

The so-called Zynga City game was under development at the Zynga China Studio in Beijing. Zynga acquired that studio in May 2010, when the studio was known as XPD Media. The studio has a team of local Chinese game designers, artists and developers. Zynga would also launch it on a new social network in the future. CityVille went more global than any game Zynga had ever made.