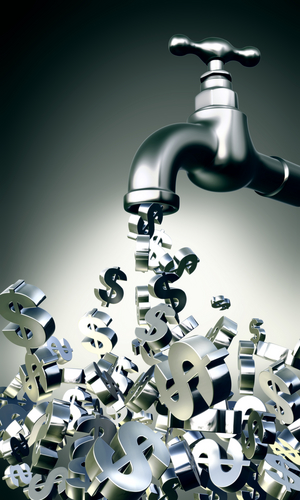 Facebook, not content with its sizable chunk of the online display ad pie, could go mobile with its ad platform by the end of March. The company is already projected to take home 20 percent of all online ad revenues next year.

Facebook is mulling the idea of adding Sponsored Stories — the ads the company already runs on the upper right-hand side of its 800 million-member site — to the mobile News Feed, Bloomberg reported citing two people familiar with the matter.

Currently, Facebook’s mobile application users are treated to an untainted experience free of the ads members frequently see on the website. Under the proposed Sponsored Stories scenario, ads would appear either appear inline or above the mobile user’s stream of status updates, making them impossible to ignore.

And “like” it or not, Facebook mobile ads appear to be inevitable, even if they will create an uproar among the company’s more than 350 million mobile users.

Facebook declined to discuss its mobile advertising intentions with VentureBeat. But, the social network could certainly benefit by lining its pockets with additional cash. The company is on the brink of filing to go public, and any boost in revenues would certainly guarantee a big pop in share price when it debuts on the public market in 2012.

It’s also leaving money on the table by not offering advertisers mobile options. The social network is already expected to bring in $4.27 billion in revenue this year, with most of its revenues coming from its online display ad business. And sure, as a new entrant to mobile, the company could run up against obstacles, as Apple has experienced, but it has an enormous amount of leverage. The fact that Facebook is the maker of one of the most popular and most used apps of all time, especially on iPhone and Android, will not be lost on advertisers.