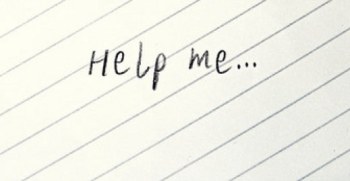 A suicide prevention program is only as effective as its ability to reach people in times of crisis. Facebook, in partnership with the National Suicide Prevention Lifeline, has introduced features to encourage its users to confidentially report suicidal comments when and where they’re most likely to see them — on Facebook.

The new features, available in the U.S. and Canada as of Tuesday, are the equivalent to a suicide hotline for the Facebook generation, where the old-fashioned dial-in is replaced by a Facebook-click-to-report and chat-based counselor outreach system.

“With this initiative we are hoping to expedite the process of getting people in crisis to the help they need,” a Facebook spokesperson told VentureBeat.

Here’s how it works: Should a Facebook member come across a suicidal message in her stream, she can click on the update to report it or fill out a form (pictured below). She’ll then receive an email from Facebook with a link to begin a confidential chat session with a Lifeline crisis worker. The email response will also include the phone number for the free hotline.

Facebook and Lifeline have been partners since 2006, but Tuesday’s release marks the first time that Facebook has integrated instant crisis support into the social networking experience.

“Although the Lifeline on average handles 70,000 calls per month, we have heard from our Facebook fans and others that there are many people in crisis who don’t feel comfortable picking up the phone,” Lifeline project director John Draper said. “This new service provides a way for them to get the help they need in the way they want it.”

And when it comes to suicide prevention, being in the right place at the right time is critical. Of course, speed matters too, and this program could drastically accelerate the time between a person’s suicidal comment and potentially life-saving intervention. 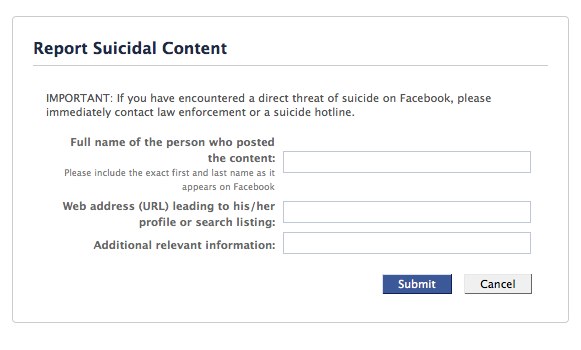