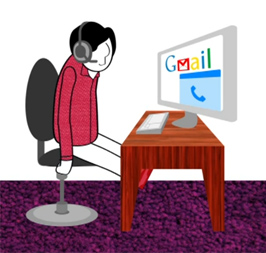 Google will keep voice calls to the U.S. and Canada free into 2012 the company announced today, after indicating earlier it might charge for calls at the end of the year.

Google launched calling to standard phones from the Gmail interface in August 2010 and has kept it as an option ever since. This past August, the company expanded calling from Gmail to support 38 languages and four payment currencies.

While domestic calls to people in the U.S. and Canada are free, international calls will cost, with pricing starting at $0.02 a minute. The most expensive rates in Google’s list for straight-up calling appear to be for Antarctica at $2 a minute. Callers, if they want, can also link this to a free Google Voice account to get inbound calls.

In light of Google adding voice calling to Google+ Hangouts just a few weeks ago, the move to keep free calling in Gmail isn’t terribly surprising. That new feature handily lets you rope a non-Google+ user into a Google+-powered meeting or conference call.