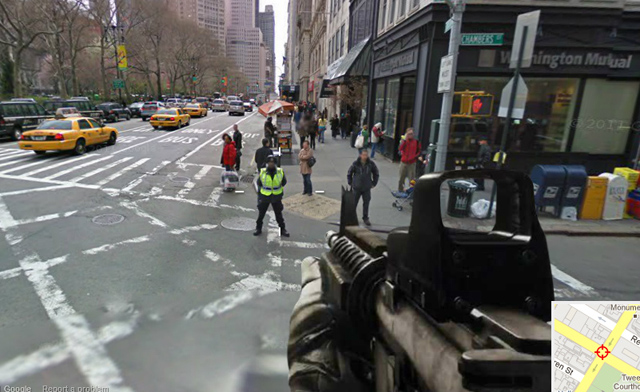 The app, created by a Dutch ad agency, lets users walk the streets of many real-life cities with an M4A1 assault rifle and shoot all of the scenery. Erwin Kleinjan, creative director at Pool Worldwide, the Dutch agency, said that Google pulled its permission to use the Street View visual-mapping service due to a violation of terms of service.

Pool Worldwide used the Google Maps API and added an assault rifle and some shooting sound effects. As our writer Sean Ludwig said, when you shoot at people, cars and buildings, nothing actually happens. It’s not as visceral an experience as playing Call of Duty: Modern Warfare 3 or the latest Grand Theft Auto, because when you shoot people in those games, they bleed and die.