[This story originally appeared on CNET and is republished with permission.]

The battle is on to unseat Apple where Steve Jobs made it shine – and mighty Apple is already looking at risk.

It took Microsoft 10 years to catch up and exceed the Mac OS after Steve Jobs was fired from Apple in 1985. That was with Windows 95. Now, Jobs is gone and Apple is once again in a position of clear market leadership with competitors gunning to match its products.

Apple’s rivals aren’t taking a decade, however. Far from it. Google, Amazon and Microsoft, along with partners such as Intel, Samsung, HP and Lenovo are all heading into 2012 with impressive products aimed squarely at Apple’s hits – the iPhone, the MacBook Air and the iPad.

When you hold the Samsung Galaxy 2, the Nexus Galaxy or other versions for the new generation of Android devices, it’s clear why Samsung phones are now outselling iPhones and why Apple is suing various Android handset manufacturers. These devices are a huge threat to the iPhone. The screens are bigger than the iPhone’s. They weigh less and they’re speedier. 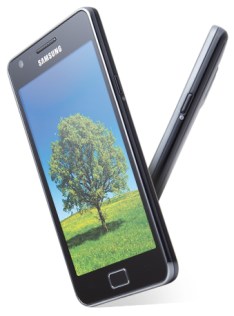 The new version of Android, Ice Cream Sandwich, is almost at parity with the beauty and ease-of-use of iOS. Plus, the emergence of apps from Pandora and Spotify, both amazing music streaming services, make the iTunes library lock-in hardly a lock-in at all. In fact, more than 370,000 apps are now available for Android, including most of the ones that people want. Apple is adding great new features such as Siri, but let’s not forget that Apple acquired Siri and the underlying  voice recognition technology is provided by Nuance. Android already has similar apps and Microsoft’s TellMe will not be far behind.

Conclusion: Even before all these advances, Android was already outselling iOS. Apple’s position in this war is weakening.

Here come the MacBook Air clones. Air-like notes based on Intel’s next generation Ultrabook components are going to be announced en masse at CES in January. I recently played with an Asus Zenbook, the Asus version of an Ultrabook. The Asus looked great and even had stylish metal keys that are far nicer than I had expected from the photos. It’s not as if Apple has an exclusive on making computers lighter and batteries last longer. Apple was just the first to perfect it because it controls the entire system — the operating system and hardware right through to retail — and has the will and pricing power to push for what it wants among the component makers. 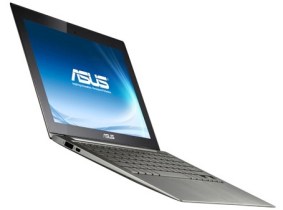 I use both Windows 7 and Mac OS on a daily basis and really can’t tell the difference between the two anymore, mainly because I spend most of my time on Google’s Chrome and Microsoft Office. Windows 7 actually has better desktop management – when I open or select a document, it only brings that document to front, not every other document already opened by that particular app. Yes, the Mac OS is easy-to-use and stable, but stand next to the genius bar at a Mac store and you will see that many people have many problems, just like Windows 7.

King iPad’s throne is at risk

Tablets are a category that Apple completely dominates, with 80% market share. Android competitors have flailed, but Amazon’s Android-based Kindle Fire is likely to outsell the iPad in 2012 due to its low price ($199). Amazon is marketing the Kindle as a cheap, content consumption device rather than full-fledged tablet, and it’s subsidizing the price in exchange for people subsequently purchasing movies, apps and physical goods from Amazon.

While the Kindle Fire will nibble at the iPad from the low end, at the higher-end, $500+ price range, full-fledged computers based on the Ultrabook and Netbook form factors and Windows 8 Metro will begin to compete with the iPad, including hybrids with pivoting screens and detachable keyboards that effectively merge an ultra-lightweight notebook and tablet.

Conclusion: The iPad will dominate through 2012, but after that the iPad will be squeezed on the low end by the Kindle and on the high end by full-fledged touchscreen PCs.

Of course, Apple is not sitting idly by. It is rumored that Jobs left years of product plans behind and Apple is widely expected soon to enter the TV set business in order to further ensconce consumers in its vision of gadgetry. Apple’s vast manufacturing volume enables it to get the next generation of components, such as screens and processors, before its competitors.

However, technology is accelerating faster than ever before, and it doesn’t take long for the competition to catch up. Apple’s ultimate attribute, that of design and “taste,” is almost like fashion. And as with fashion, being first doesn’t mean you will rule the market; it just means that you are going to get copied. Remember, H&M sells a lot more Prada-like designs than Prada.