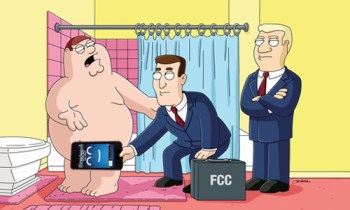 Carrier IQ, the beleaguered firm that monitors cell phone data, has sought out meetings with both the FTC and FCC in an attempt to clear its name of wiretapping and privacy-violating allegations.

While other outlets are reporting that Carrier IQ is undergoing a federal investigation, the company tells us it contacted these agencies first, not the other way around.

“Investigation is the wrong word here,” a company spokesperson told VentureBeat in an email today. “We sought the meetings with FCC and FTC in the interest of transparency and full disclosure and to answer their questions … Our executives were in D.C. this week meeting with these folks, but we sought out these meetings.”

The company’s executives also took meetings at a number of senators’ offices while in the nation’s capital.

For context, Carrier IQ monitors usage and data on around 150 million cell phones around the world. It collects information that carriers and manufacturers use to improve battery life, device performance and cell coverage. However, some consumers are concerned that the company is gathering too much data — especially since this video seems to show the software logging keystrokes.

While Carrier IQ is under investigation from a couple agencies in Europe, the only legal hot water being splashed on its door in the U.S. comes in the form of a couple strongly worded letters from Sen. Al Franken and a couple class action lawsuits.

While that’s nothing to shake a stick at, it’s also not a federal case, necessarily — and Carrier IQ intends to keep it that way.

“Of course we will comply with all domestic and foreign regulators,” the same rep said to us at the time of the European investigations. “We truly have nothing to hide.”

That statement was at least somewhat backed up by the company’s publication of a 19-page PDF explaining how its technology works.